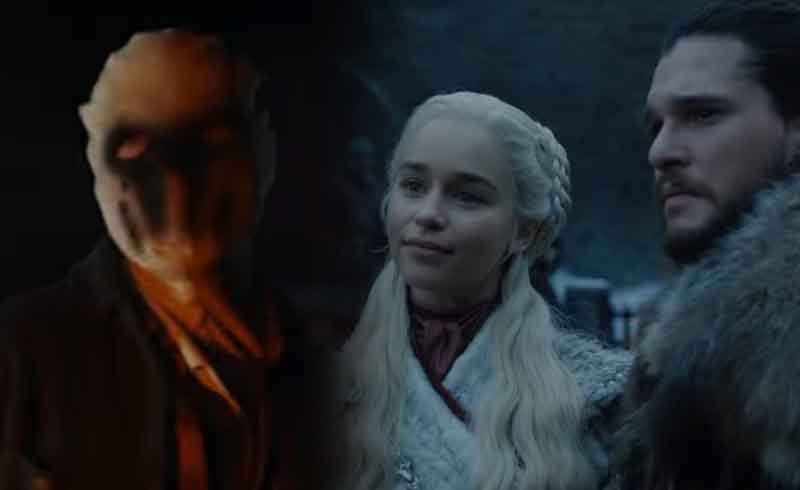 HBO has an amazing year planned for 2019, and two of the biggest shows coming are Damon Lindelof’s Watchmen as well as the final season of Game of Thrones. Thanks to a new sneak peek, we have a brief look at both shows.

First let’s talk Watchmen. Just in case you didn’t know, a lot of evidence has been pointing out that the show will actually be a direct sequel to the original comic, and it will show us the modern times that resulted in Ozymandias’ massacre. We even have a brief look at Jeremy Irons as Adrian Veidt.

I also think it’s cool that the aesthetics look pretty close to the Watchmen movie, and we have a look at some ‘superheroes’ as well as some Rorschach wannabes.

As for Game of Thrones 8, it’s not the biggest preview there is, but it still shows us some great interaction between two lead women in the show. We just have Sansa welcoming Daenerys to Winterfell and saying that the kingdom is ‘hers.’

Knowing how much Sansa has grown over the seasons, I would expect that she doesn’t trust Daenerys, and there’s going to be a clash between both queens. Then again, the real enemy of the show is going to be Cersei, and we’ve yet to see her for the eight season.

HBO’s lineup is looking great for 2019. I’m just personally bummed we won’t get a new Siicon Valley until next year. Either way, I’ll be tuning in.

Game of Thrones 8 comes out this April, but we don’t have a release date for Watchmen yet.