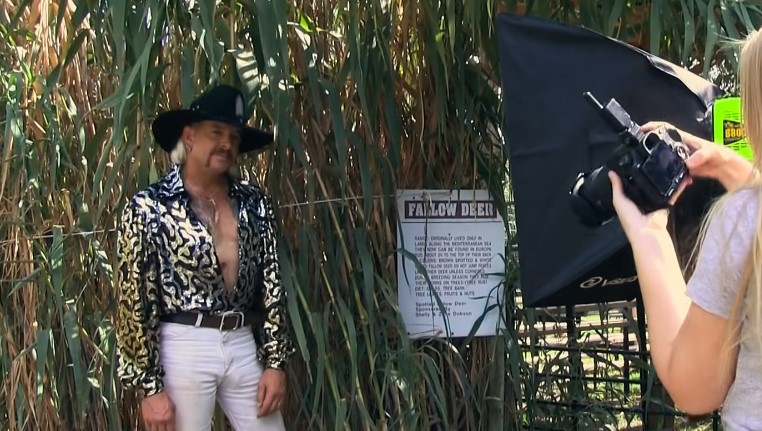 One of the oddest trends of early pandemic was the popularity of Netflix’s Tiger King, and last month it was announced that a follow-up season would be made, giving us an update on Joe Exotic and the rest of the kooky characters of Tiger King. Now we have a new trailer, and it suggests we’ve only scratched the surface of the story of these ‘Big Cat People’.

With Joe Exotic behind bars and Carole Baskin closing in on ownership of his disreputable zoo, the Emmy-nominated saga continues its twisted course with Tiger King 2 as newfound revelations emerge on the motivations, backstories, and secrets of America’s most notorious big cat owners. Old enemies and frenemies, including Jeff Lowe, Tim Stark, Allen Glover, and James Garretson return for another season of murder, mayhem, and madness. Thought you knew the whole story? Just you wait.

While Joe Exotic was a weird enough character himself, the documentary had delved into the seriously messed up world of exotic pets and big cats which is way more than just taking care of dangerous animals. Who would have knew this community was filled with sex cults and retired drug lords?

I honestly don’t think that the show can already top the crazy first season, but if they think that there’s more story to tell, I’m eager to get an update on this world, especially now that they’re the faces of one of the most popular shows during height of the pandemic.

Catch Tiger King 2 when it hits Netflix on Nov. 17.