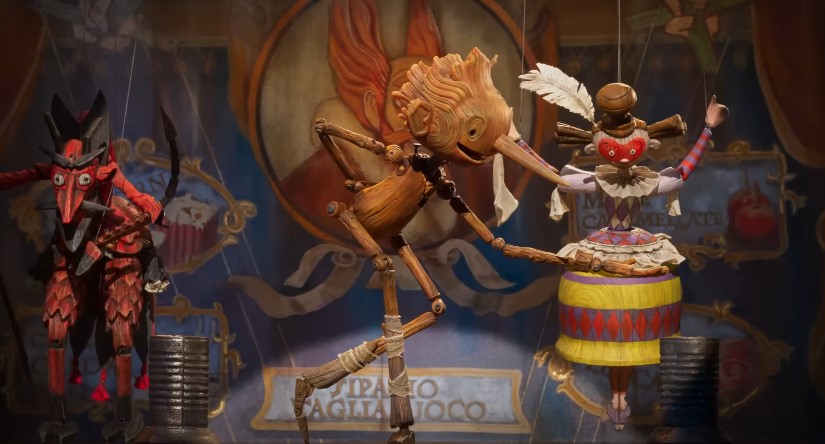 Netflix used to release films straight on their platform, but with filmmakers like Guillermo del Toro, they’ve opted to have a theatrical release for his film Pinocchio before its debut on streaming.

Just in, we have a new trailer showcasing all the other characters that Pinocchio will meet on his journey in del Toro’s take on the story of the boy puppet. Watch this:

Academy Award®-winning filmmaker Guillermo del Toro reinvents the classic tale of the wooden marionette who is magically brought to life in order to mend the heart of a grieving woodcarver named Geppetto. This whimsical, stop-motion film directed by Guillermo del Toro and Mark Gustafson follows the mischievous and disobedient adventures of Pinocchio in his pursuit of a place in the world.

Though previous trailers have emphasized the relationship between Geppetto and Pinocchio, this trailer gives us a look at other characters, like the puppet that turns Pinocchio into a sideshow attraction, and the ‘Blue Fairy’ that grants Pinocchio life.

This is del Toro’s first foray into animation, but you have to admit, the film oozes his signature style, from the nice, warm colors to the uniquely designed monsters. While Disney has given us an idea of what the Blue Fairy looked like for decades, del Toro presents us with something that looks like it jumped out of Pan’s Labyrinth.

Pinocchio comes to theaters on Nov. 9, and will release on Netflix on Dec. 9.