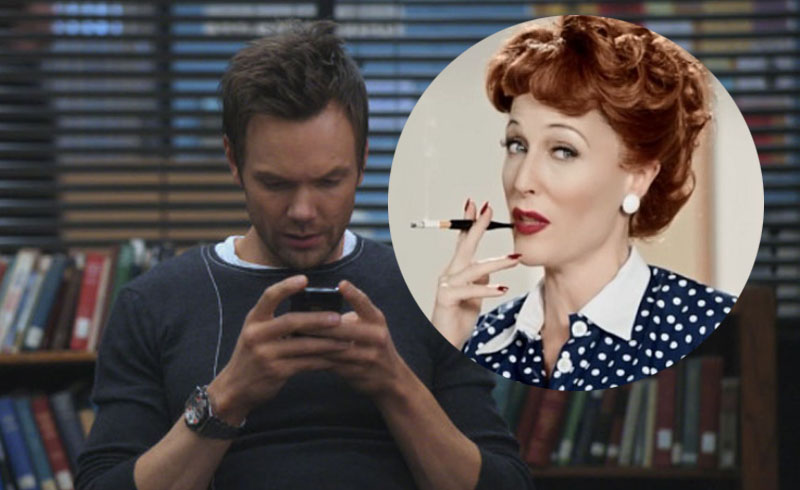 It’s been seven years since Community ended, but the show is finally making good with their movie promise with the film finally moving forward on Peacock. While we expect the original gang to make an appearance in the film, one X-Files star is open for a cameo—after she got mistagged on Twitter.

Gillian Anderson has expressed interest in appearing in the Community movie after Joel McHale mistagged her on Twitter, mistaking her for Gillian Jacobs. Here’s the exchange:

Perfect! Costume fitting and table read are next Tuesday. https://t.co/dMGf5R9duz

We don’t really know what the story of the movie is going to be about, but knowing Community, the series has always been rife with celebrity cameos like Jack Black, Owen Wilson, Betty White, Jonathan Banks, and Michael K. Williams. It would only make sense that they would bring in some more celebs for the film.

If anything, I’m just hoping that they announce more of the original cast members soon. While it’s great that series regulars Joel McHale, Alison Brie, Gillian Jacobs, and Danny Pudi are coming back; there hasn’t been an official announcement for Donald Glover or Yvette Nicole Brown. Heck, I’d even be open for a small cameo from Chevy Chase. How about some of the other side characters from the show like Garrett, Vicky, Star Burns, or Fat Neil?

No specific release date has been announced for the Community movie, but the film is expected to stream on Peacock sometime in 2023. You can watch out for Anderson in the next season of Sex Education on Netflix.