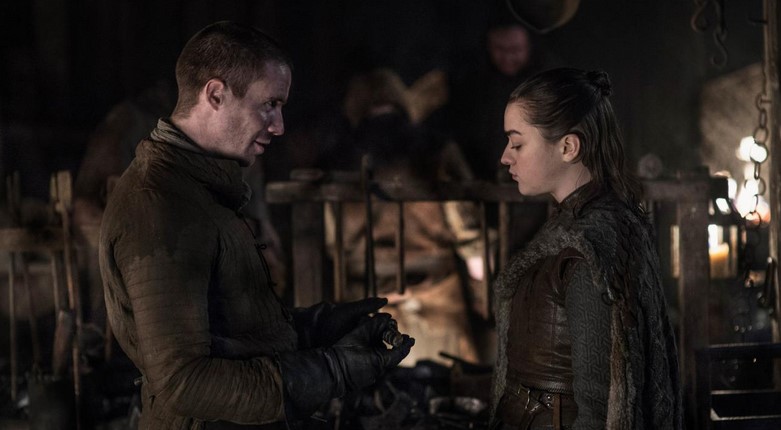 Game of Thrones fans have watched Arya Stark grow up since Maisie Williams was 12-years-old, and they were in for a shock when Arya got her first sex scene on the show last episode. There has been a lot of discourse over “Forgesex”, and Williams herself has gone on Twitter to comment on all the hate.

Talking to EW, Williams also explained how showrunners David Benioff and D.B. Weiss gave her the freedom to show as much or as little as she wanted. Williams went on to say:

“David and [co-creator Dan Weiss] were like: ‘You can show as much or as little as you want…. So I kept myself pretty private. I don’t think it’s important for Arya to flash. This beat isn’t really about that.”

It was really interesting because it’s a very human relationship for Arya… This is something she’s stayed away from, an emotion we’ve never really seen her engage with. David and Dan were like, ‘It’s the end of the world, what else would you have her do?’ This may be is a moment where Arya accepts death tomorrow, which she never does — ‘Not Today.’ So it was that moment where she says, ‘We’re probably going to die tomorrow, I want to know what this feels like before that happens.’ It’s interesting to see Arya be a bit more human, speak more normally about things people are scared of.”

Personally, it wasn’t really a disturbing scene for me since Arya has done way more questionable things on the show. I just think it’s kind of funny that audiences would stand behind Arya when she’s killing people and putting them into pies, but they suddenly draw the line where she has consensual sex with a friend on possibly the last night of her life.

While I fully expect Arya to survive the Battle of Winterfell, I think the last episode has already started giving closure to multiple characters in the show—a sign that the show is ready to kill them off. When it comes to deaths, the top of my list has Theon, Grey Worm/Missandei, Beric Dondarion, and maybe even Gendry.

Catch the next episode of Game of Thrones 8 on HBO this Sunday.