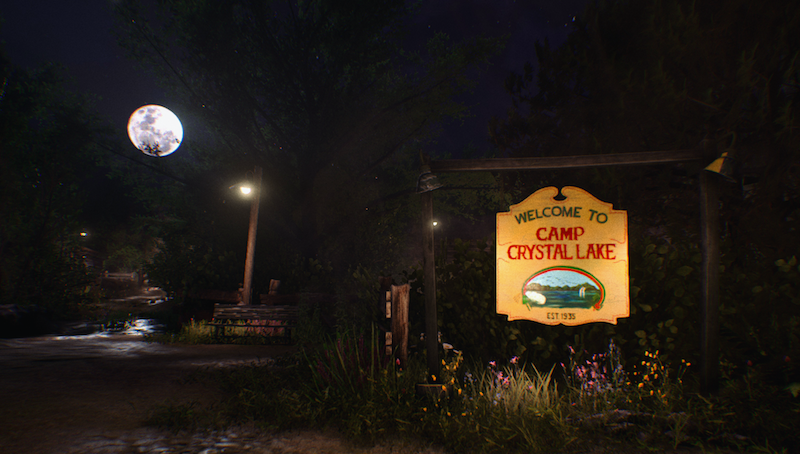 Developer Gun Media has given fans teases here and there of gameplay, one of them being a gruesomely awesome door execution, but the big reveal has been a long time coming. News will begin rolling out this Sunday for E3 2016, with plenty of announcements and reveals on the horizon. Friday the 13th: The Game will definitely be one of the titles to keep an eye on. In the spirit of the upcoming expo, developers and publishers often offer one last tease to tide fans over before making a big splash. You can check out one such tease for the asynchronous-multiplayer slasher below.

“They’re here Jason. Find them, bring them to mommy,” says the killer’s mother in a chilling voice over, as we get a brief look at Camp Crystal Lake and the back of Jason Voorhees. The trailer also touts the game’s official gameplay reveal, which is set to go live this Sunday, June 12, at 8:45pm EST on Twitch. Additionally, the developer has noted that via their social media accounts, prior to the livestream’s start, they will provide a link to the livestream for fans who want to tune in.

Hopefully the game will get an official release date, along with more map and character reveals. Since playing as Jason for the first time will be the fun of the game, anticipation is building to see more of him in action, as well.

“Friday the 13th: The Game is a third-person horror, survival game where players take on the role of a teen counselor, or for the first time ever, Jason Voorhees. You and six other unlucky souls will do everything possible to escape and survive while the most well-known killer in the world tracks you down and brutally slaughters you.”