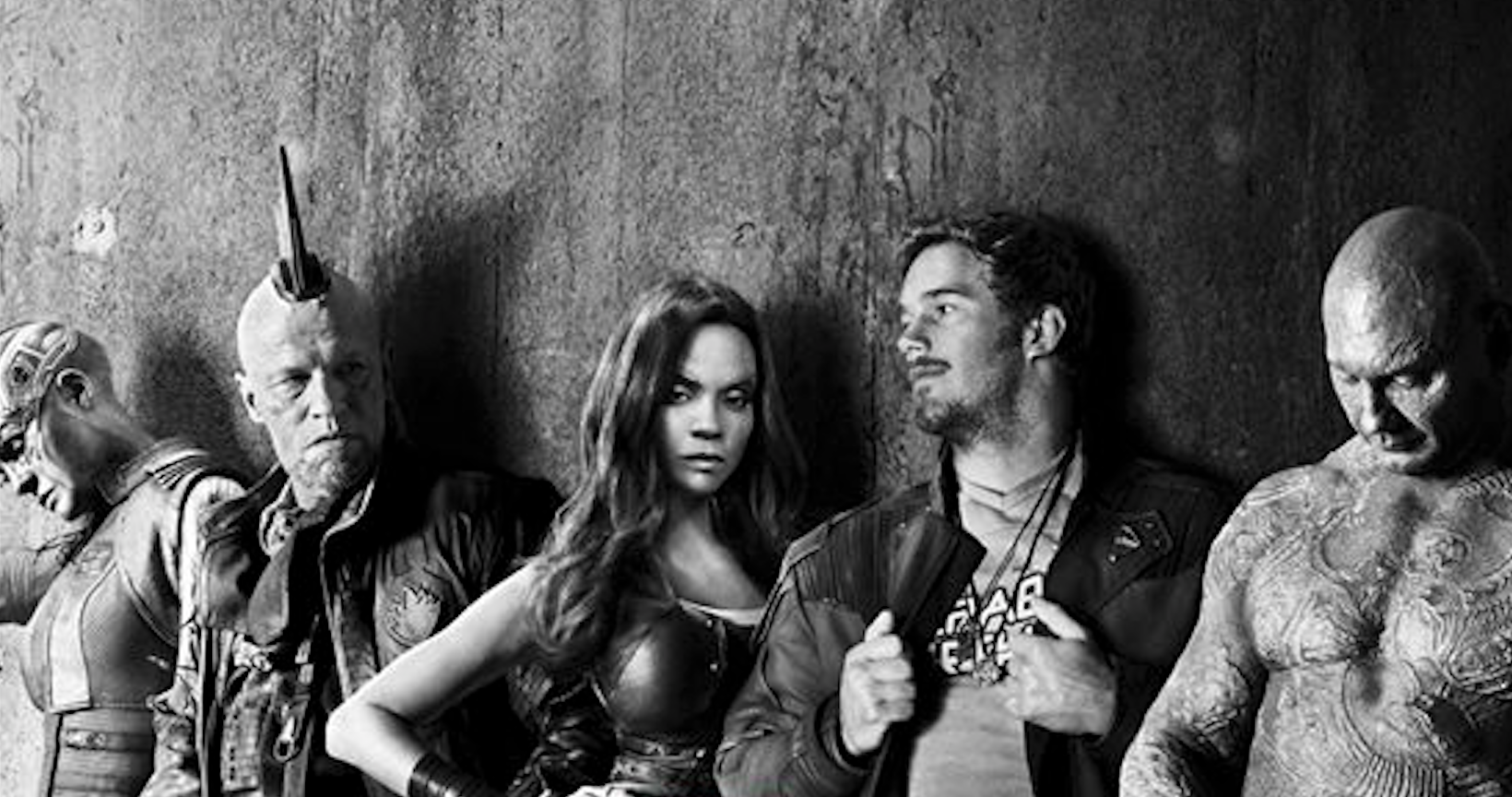 The first trailer for Guardians of the Galaxy Vol. 2 has been released. Initially, the Russian international trailer dropped on the YouTube channel JoBlob Movie Trailers, but shortly afterward, we got the English version.

Updated – For our english speaking users…

Much like the trailers for the first film, Hooked on a Feeling by Blue Swede can be heard throughout a rather dark and sombre trailer in tone, surprisingly. It is only toward the end we see a witty exchange between Star Lord and Drax.

Alongside the trailer, we also have the first poster for Guardians of the Galaxy Vol. 2 and it showcases the usual suspects. Director James Gunn took to his Facebook page to share the poster, which teases the eagerly anticipated sequel in stunning fashion.

Check out the poster below: 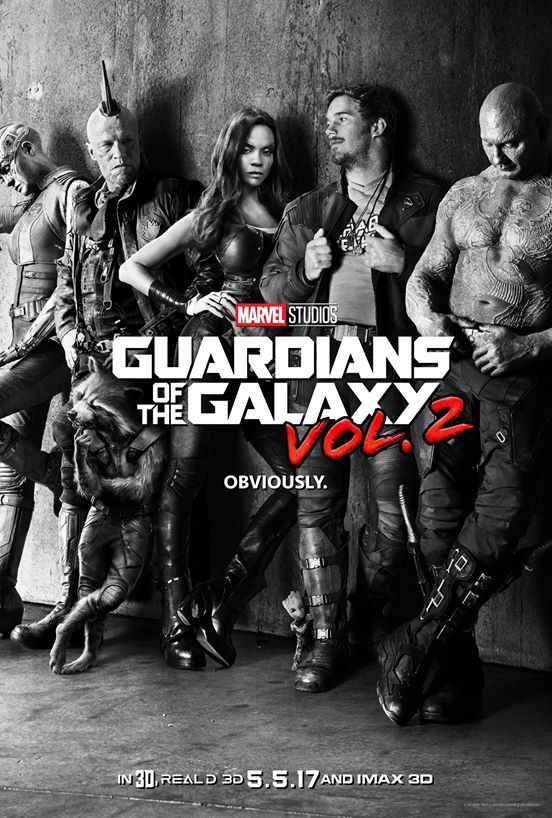 As you can see the gang is back together again, alongside some other familiar faces. Nebula, played by Karen Gillian, can be see alongside Michael Rooker’s Yondu, rocking a sweet new mohawk. At first glance it is quite easy to miss fan favourite Groot, as he is now a teeny, tiny baby, but you can see him poking around Star Lords foot. So cute.

The black and white filter gives the poster an edgy look too, almost like an album cover. Wait. This should so be the cover for Awesome Mix Vol. 2. Also of note is that bold and simplistic tagline, which suits the movie to a tee. Now that we have a poster, will it be long before we get the first trailer? There are rumblings that it may appear before Marvel’s next movie, Doctor Strange, which releases later this year. However, that may take excitement away from Doctor Strange, so it seems unlikely. Whenever the trailer lands, it will no doubt be spectacular. Those in attendance for Marvel’s famous Hall H panel at San Diego Comic-Con this year got to see footage from the movie, and many were left very pleased. It was confirmed a few months back that there will be no Infinity Stones in Guardians 2, leaving those in the hands of Thanos for Avengers: Infinity War.