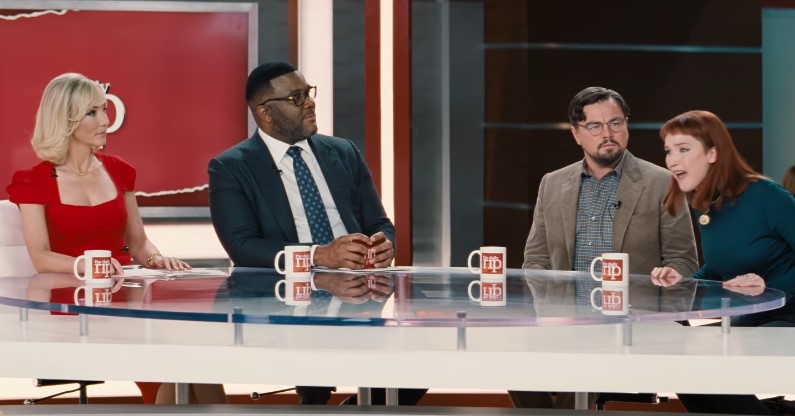 Though Adam McKay was best known for his comedy films like Step Brothers and The Other Guys, he has since been working on some ‘serious’ films like The Big Short and Vice. Now it looks like he’s going to be melding his two genres with his next film, Don’t Look Up, and Netflix has provided us with a new trailer.

Watch the trailer for Don’t Look Up down here:

Two astronomers go on a media tour to warn humankind of a planet-killing comet hurtling toward Earth. The response from a distracted world: Meh.

The movie has quite the star-studded cast. Besides Leo DiCaprio and Jennifer Lawrence, the film also has appearances from Jonah Hill, Meryl Streep, Cate Blanchett, Tyler Perry, and Timothee Chalamet.

While the core event of the film—the world-ending comet—is fictional, it looks like the movie is going to take a realistic approach when it comes to the bureaucracy surrounding the catastrophe, like the opportunists who would try to see what they could gain out of the event, or the media that would only listen to ‘likeable’ personalities.

The comet could pretty much be a stand-in for actual global disasters like the recent pandemic or global warming.

Though McKay has gotten a lot of critical acclaim for his more serious films, I am eager to come back to his more absurdist work; while at the same time, I think the movie could still have something important to say about today’s social climate.

Catch Don’t Look Up when it debuts on Netflix on Christmas Eve Dec. 24.