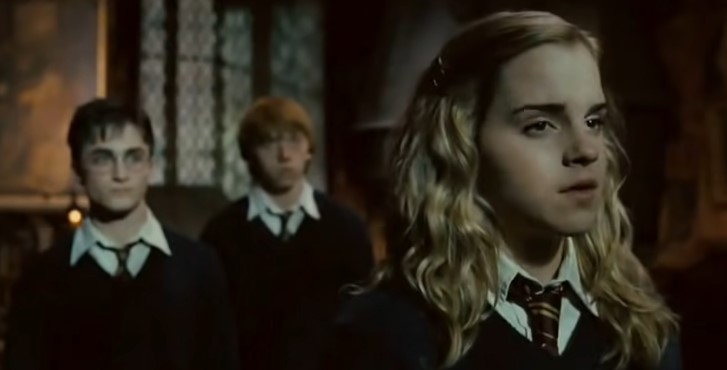 Nobody can imagine the Harry Potter franchise without the main trio of actors Daniel Radcliffe, Emma Watson, and Rupert Grint, but did you know that one of the stars almost quit the franchise around the time of Order of the Phoenix?

As revealed in the new Harry Potter 20th Anniversary: Return to Hogwarts special on HBO Max, Watson almost quit the role of Hermione Granger in 2007. Watson tells her co-stars:

“I did find a diary entry that was kind of like… I could see that at times I was lonely… The fame thing had finally hit home in a big way.[Order of the Phoenix] was when things started getting spicy for all of us. I think I was scared. I don’t know if you ever felt like it got to a tipping point where you were like, ‘This is kind of forever now.'”

At this point, Watson had been playing the part of Hermione since she was 10 years old, and seeing as how she’s not doing much acting now, Watson was probably looking for something outside of Potter for a good long while. Even Grint recalls a moment where it was starting to feel mentally taxing to play his character, and it started to feel ‘weird’ when he heard his actual name.

In the end, everything turned out for the better, Watson said, “The fans genuinely wanted me to succeed and all genuinely have each other’s backs… How great is that?” Plus, It’s probably thanks to the success of Potter that Watson was able to pursue jobs that she was actually passionate for, even becoming the Goodwill Ambassador for Women for the UN back in 2014.

Though the special wasn’t able to bring every cast member back, it was a pretty heartfelt look back at the world of Potter and how it evolved during its run from Sorcerer’s Stone to Deathly Hallows. Catch Harry Potter 20th Anniversary: Return to Hogwarts no streaming on HBO Max.