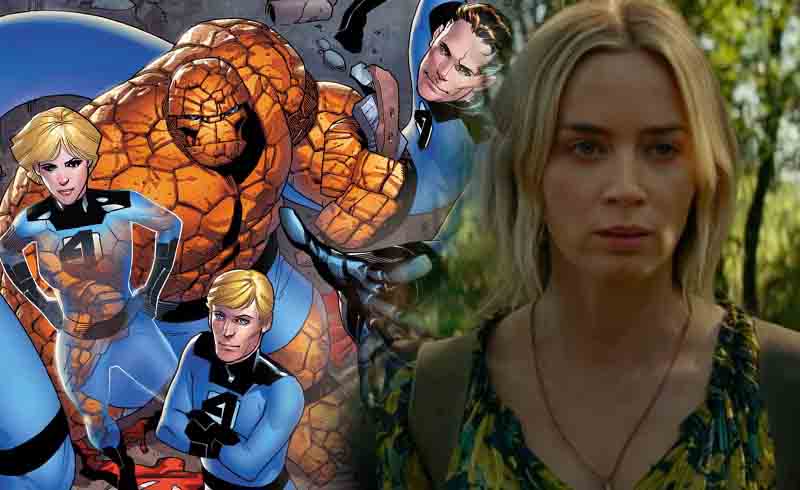 With Marvel Studios now working to reboot the Fantastic Four for the MCU, a lot of fans want the studio to cast an actual couple for the role of Reed Richards and Sue Storm. One couple that’s been thrown around for a while is John Krasinski and Emily Blunt, and though Krasinski seems enthusiastic whenever asked, Blunt seems the opposite.

Talking to Howard Stern, Blunt was asked if she would be in Fantastic Four, and she boiled it down to fan-casting, and confirmed that neither she nor Krasinski had gotten any calls from Marvel about being the new Mr. Fantastic and Invisible Woman. When asked if superhero films were beneath her, Blunt replied, “It’s not that it’s beneath me, but I don’t know if superhero movies are for me. I don’t like them. I really don’t.”

It’s odd that Blunt would say that she isn’t into these superhero films seeing as she’s starred in action-heavy blockbusters before like Edge of Tomorrow; plus she’s also worked on an action-adventure film with Disney in the form of the upcoming Jungle Cruise film with Dwayne Johnson. Superhero movies shouldn’t be so different, but I guess they come with a lot more loss of privacy, counting that she would be a part of one of the biggest movie franchises of all time.

We don’t know who Marvel would want for the Fantastic Four, but it would be great if they managed to find someone who wasn’t an obvious choice, but could be perfect for a new iteration of the characters. I would still love to see a period piece (much like the first Captain America film), but I guess I’ll just have to wait and see what Marvel comes up with.

In the meantime, catch Blunt in A Quiet Place Part II which is set to come out in theaters on May 28.