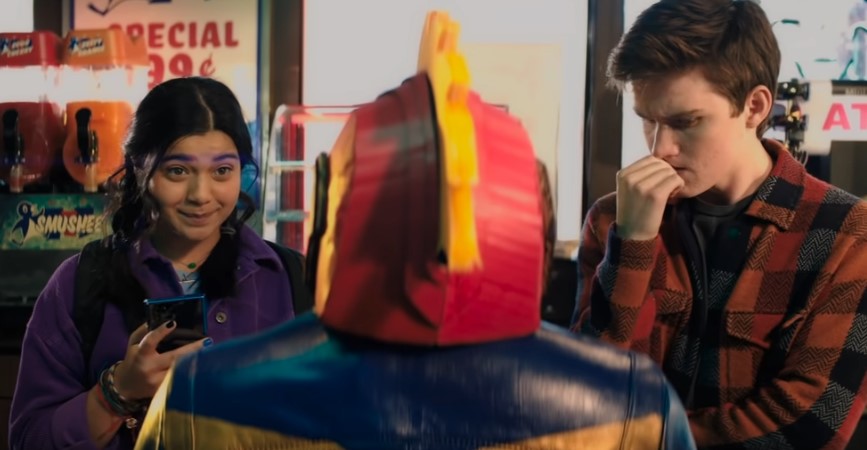 Though it may be a while before we get to see Captain Marvel return to screens, Marvel is already hard at work with Kamala Khan in the Ms. Marvel series. Some new set photos have leaked online, and they give us a look at actress Iman Vellani in her full superhero gear.

These photos come from JustJared:

The costume stays faithful to the comics enough. You have the mask and the red and blue get-up, plus the scarf, and Kamala’s gold bracelet; the shoes are also a nice touch to the costume.

While I think the outfit looks great, I was personally kind of hoping that they stuck to the DIY look from the comics. There’s just a lot of seams and flourishes that look like the other superhero outfits in the MCU. Maybe there’s going to be an explanation of how Kamala got it, but I was hoping for something less uniform—kind of like Doctor Strange’s look.

While Kamala draws inspiration from Captain Marvel, she’s a pretty great character on her own, and it’s going to be interesting to see how the MCU will handle her. With Kamala being pretty much spot-on in the Avengers game from Square Enix, I’m hoping that this onscreen Kamala has some unique quirks of her own.

No release date has been set for Ms. Marvel yet, but the show is set to debut sometime later this year. Hopefully we can get our first teaser after Loki ends its run.