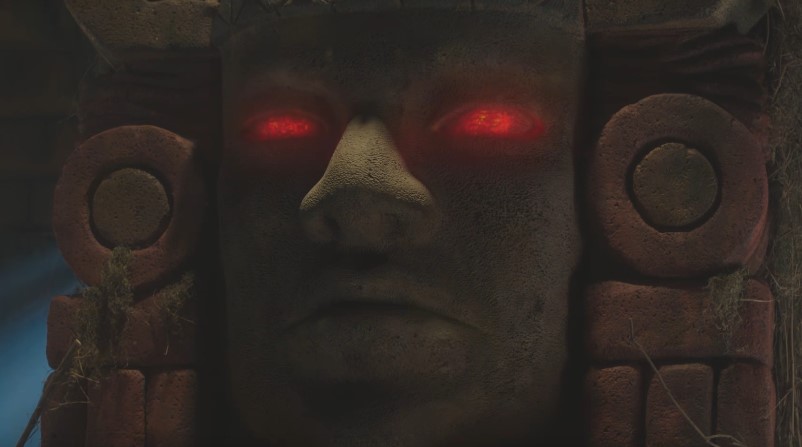 Nickelodeon had tried to revive the classic Legends of the Hidden Temple back in 2016 with a  movie, but now The CW is taking the property and embracing its game show roots.

As per Variety, Legends of the Hidden Temple is being revamped as an adult game show by The CW, and will have the show moving from the safe studio setting to a ‘mysterious jungle.’ Back for the ride is the giant talking Mayan head Olmec plus classic LOTHT elements like The Steps of Knowledge and the Moat Crossings. Even the team names like the Blue Barracudas, Purple Parrots, Silver Snakes, and Green Monkeys are making a comeback.

While the original show focused on kids, this new Legends show is going to focus on ‘nostalgia-loving millenials.’ We don’t know exactly what The CW wants to throw at them, but I imagine that there’s going to be some kind of Fear Factor element where contestants have to deal with bugs or snakes.

Personally, I think it would be fun if they managed to bring back some contestants of the original show, who should be adults by now. It would also be great to see updated versions of the ever-changing Temple like the Shrine of the Silver Monkey or the Pit of Despair. The show is also said to be bringing back the Temple Guards as well.

No release date has been set for Legends of the Hidden Temple yet, but I can imagine that the show can start shooting once more people get vaccinated in the US and COVID-19 cases start to decline.