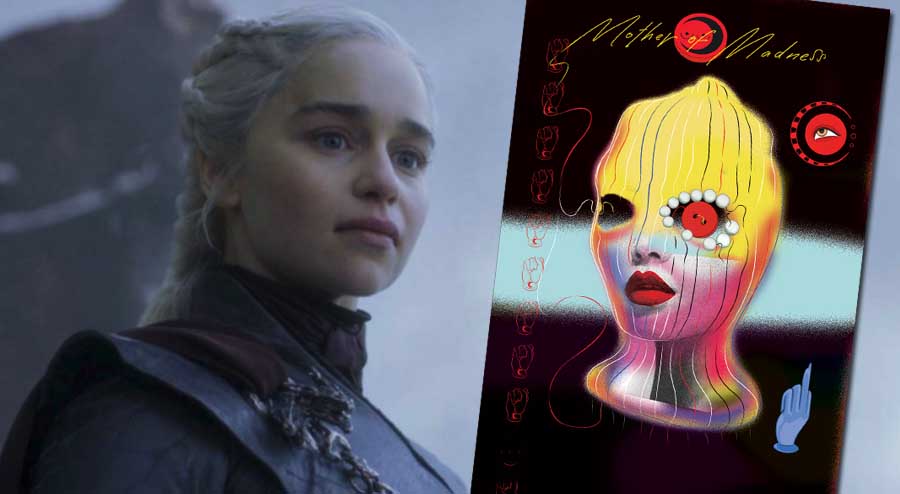 From screen to page, the Mother of Dragon Emilia Clarke has just announced that he has been working on her own original comic for the past two years. MOM: Mother of Madness is a ‘Deadpool-esque’ story that is set to come out in July, and Entertainment Weekly has given us a first look.

The story of MOM is said to follow, “a single mom named Maya who discovers she possesses freakish superpowers, and uses them to take on a secret cabal of human traffickers.”

The miniseries was written by Clarke with some help from her ‘comic guru’ Marguerite Bennett. Clarke describes the story:

“We’re always calling mothers superheroes, and I’m like, what if they were? What if they legitimately were superheroes?… Maya has had a very hard life, and she finds herself in a place where everything that makes her unique, she hates and is ashamed about. It’s only in the discovery of her powers that she finds her true acceptance of who she is.”

You can check out some of the MOM preview pages here.

MOM’s creative team also includes illustrator Leila Leiz and cover artist Jo Ratcliffe. Clarke, however, has also done a lot of work on the material herself, coming up with Maya’s backstory as well as her costume (Maya’s mask is what you see on the cover).

This announcement is really good timing for Clarke, who has just recently joined Marvel’s Secret Invasion series. Though she is a fantasy icon, it’s going to be interesting to see how she breaks it in with the comic book fandom.

MOM: Mother of Madness from Image Comics is set to debut on July 21.