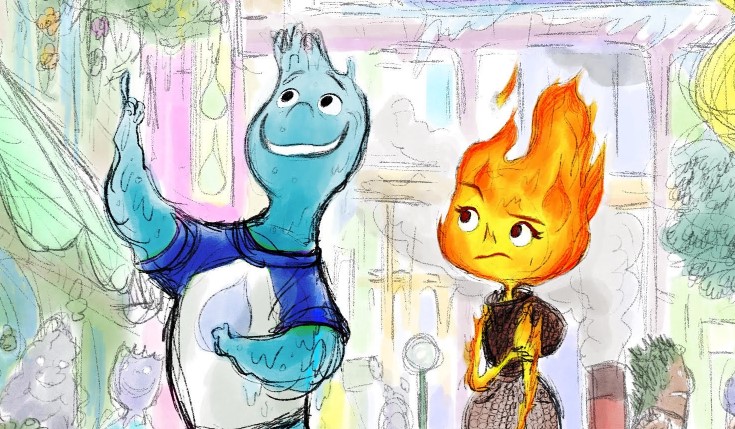 Pixar may have given us some human protagonists with Turning Red and the incoming Lightyear, but they are once again breathing life into something else with their newly announced film, Elemental.

Check the first picture of Elemental out:

Check out this all-new concept art from Disney and Pixar’s Elemental. See the movie June 16, 2023! pic.twitter.com/Q3OfcSq0qb

In a city where fire, water, land, & air residents live together, a fiery young woman & a go-with-the-flow guy will discover something elemental: How much they have in common.

The movie is being directed by Peter Sohn, who had also directed Pixar’s The Good Dinosaur. Besides directing, Sohn has also provided his voice for several other Pixar projects like Monsters University (Squishy) and Lightyear (Sox).

Probably the last Pixar project we got that seemed close to this theme of non-human characters is Inside Out, but even then that story still had some kind of connection to the world of humans. With Elemental, it looks like it’s going to be more of a literal translation of human personalities, with some being ‘go-with-the-flow’ and others being ‘fiery’.

Since this is Pixar, I’m expecting the film is going to be a visual feast one way or another. I guess what I want to see from Pixar is a straight up love story, since that’s not really something we’ve gotten since Wall-E.

Hopefully we don’t have to wait too long before we get a teaser for the film. Maybe Lightyear will give us something when it comes out later this June.