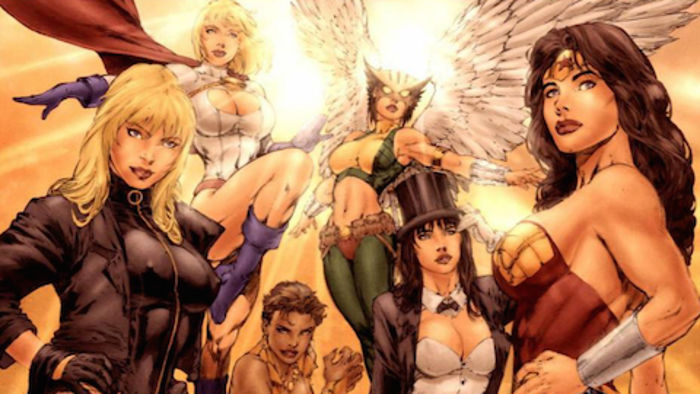 Injustice 2 is roughly a year out from release and over the next several months fans can expect to see character and arena reveals. Batman, Superman, The Flash, Aquaman, Atrocitus, and Supergirl are already confirmed, and now we are to eagerly await the next tease. NetherRealm Creative Director Ed Boon delivered one such tease in an interview with Game Informer, where he discussed long-term plans for the game.

During the interview, the topic of downloadable characters and extra skins was broached, especially in regards to timing them with other events surrounding DC. For instance, the availability of film-inspired Superman and General Zod skins in Injustice: Gods Among Us following the release of Man of Steel. Ed Boon noted that the same can be expected of Injustice 2.

“We would love to,” he said. “We haven’t made any kind of concrete things; the game doesn’t come out until 2017, but I think it would be a missed opportunity if we didn’t do like a Wonder Woman movie skin or something like that.”

There you have it. Wonder Woman has to first be a playable character if she’s to receive skins inspired by the upcoming film. And as always, Boon himself had to add to the fun with the following tweet.

Did I let another Injustice 2 character slip….? #BigMouthBoonhttps://t.co/wdwJRfgC3Z

It’s not surprising at all. However, what is surprising is that she didn’t appear in the teaser trailer and has yet to be officially confirmed with a character reveal. Of course, she’ll be in the game; she’s Wonder Woman, a third of the DC Trinity, and it wouldn’t be a Justice League tale without her.

We previously noted the 8 characters we would like to see made playable in the game, tell us your thoughts and wishes in the comments below. For more Injustice 2, check out 15 glorious minutes of gameplay. It launches on PS4 and Xbox One in 2017.