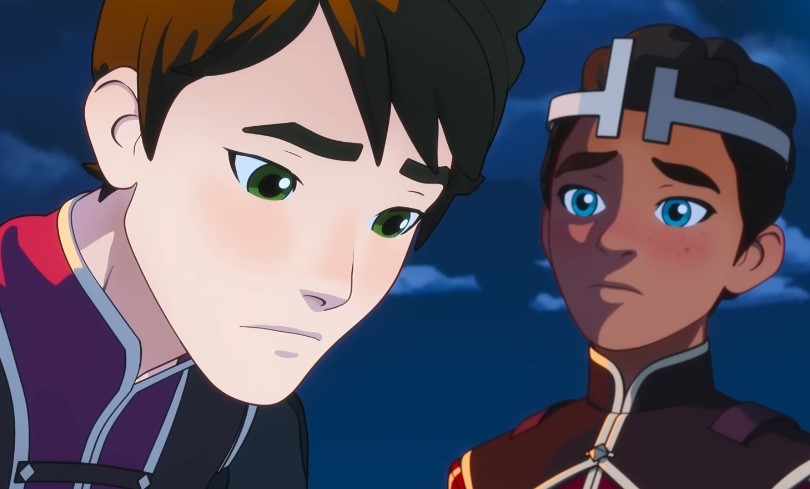 Fans thought Netflix was ready to close the book on The Dragon Prince back in 2019, but the show has been given the chance to complete its entire arc a few years back.

Now Xadia is ready to come back to streaming this September, and we have a new teaser showcasing an older Callum and Ezran—as well as a more mature Zym. Watch this:

Based on the clips that we’ve gotten months before, the season will return with a huge time jump, and it looks like Ezran will have embraced his role as the king of Katolis. Though he started off as some bumbling kid, it also seems that Callum has been promoted into the head mage of the castle.

Who we don’t see in the trailer is the Hermoine of the trio, Rayla the Night Elf. Though she had confirmed some kind of romance with Callum in the last season, it seems that the two have come apart, and we can see that with Callum holding one of Rayla’s blades. With the show trying so hard to get Rayla and Callum to come together, it’s curious what has gotten Rayla to leave. Hopefully we don’t have to wait too long until they can be reunited again in the show.

Besides the main trio, the series does have a lot of loose ends to tie up, especially with the fate of Xadia as a whole, and the re-emergence of Viren and Aaravos. Of course, let’s also not forget the fate of King Harrow, who everyone has been speculating for years is trapped inside his pet bird. Wild.

The Dragon Prince returns to Netflix this November.