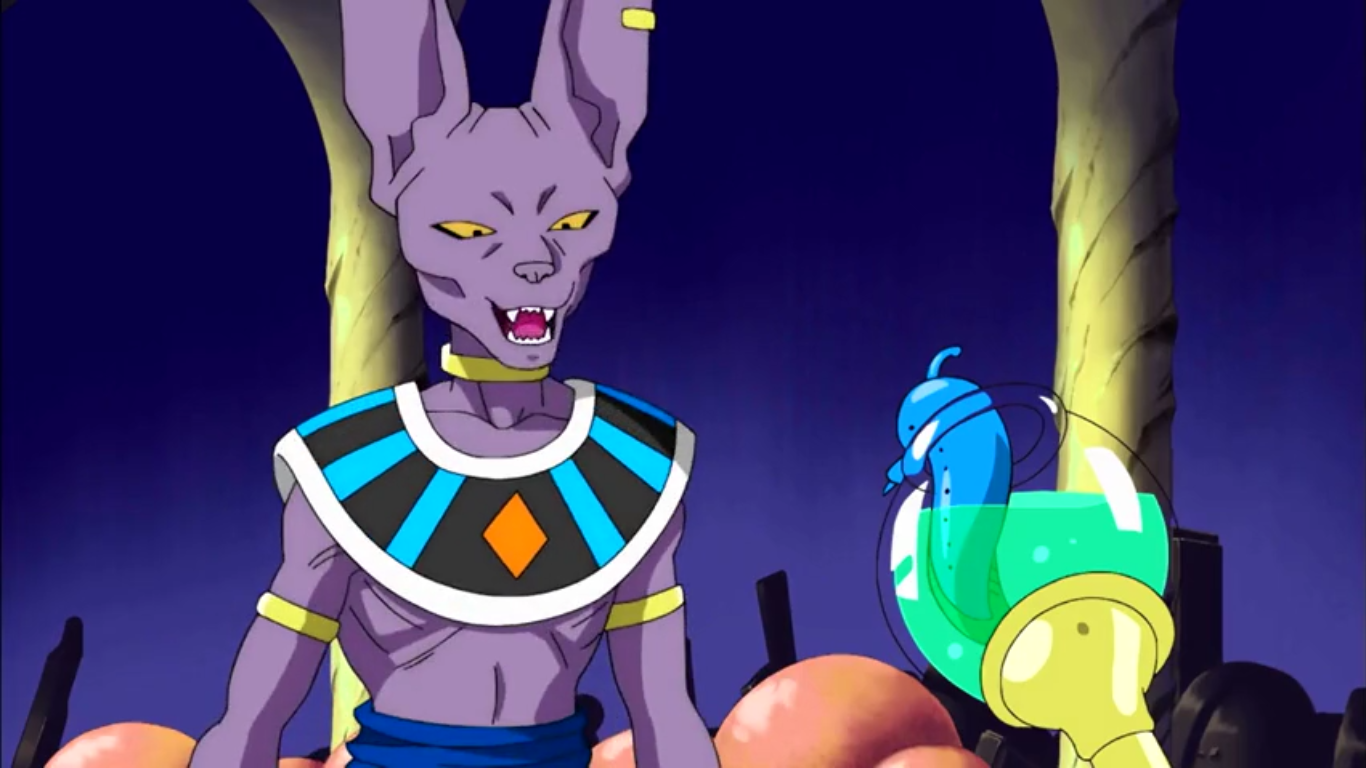 The past two weeks of Dragon Ball Super have revolved around re-introducing audience members to the world of Dragon Ball. They’ve been depicting what characters like Goku and Vegeta do during a time of momentary peace. The result has been… okay. But now, with Episode 3 of Dragon Ball Super we’re starting to see the plot-elements of the upcoming arc fall into place as Beerus the Destroyer aims to track down the “Super Saiyan God” of his dreams. Those of you who watched Dragon Ball Z: Battle of Gods will know where this arc is going. However, it seems the Elder Kai and Kibito Kai (The Supreme Kai and his servant Kibito are seemingly still fused together) are predicting an apocalyptic scenario. They want to prevent it, but they’re clearly powerless to stop Beerus. As the Elder Kai fears, “The last thing our Universe needs is for a battle-loving warrior to challenge Lord Beerus to a fight and whip him into a destructive frenzy.”

Obviously, the Elder Kai has someone in mind. 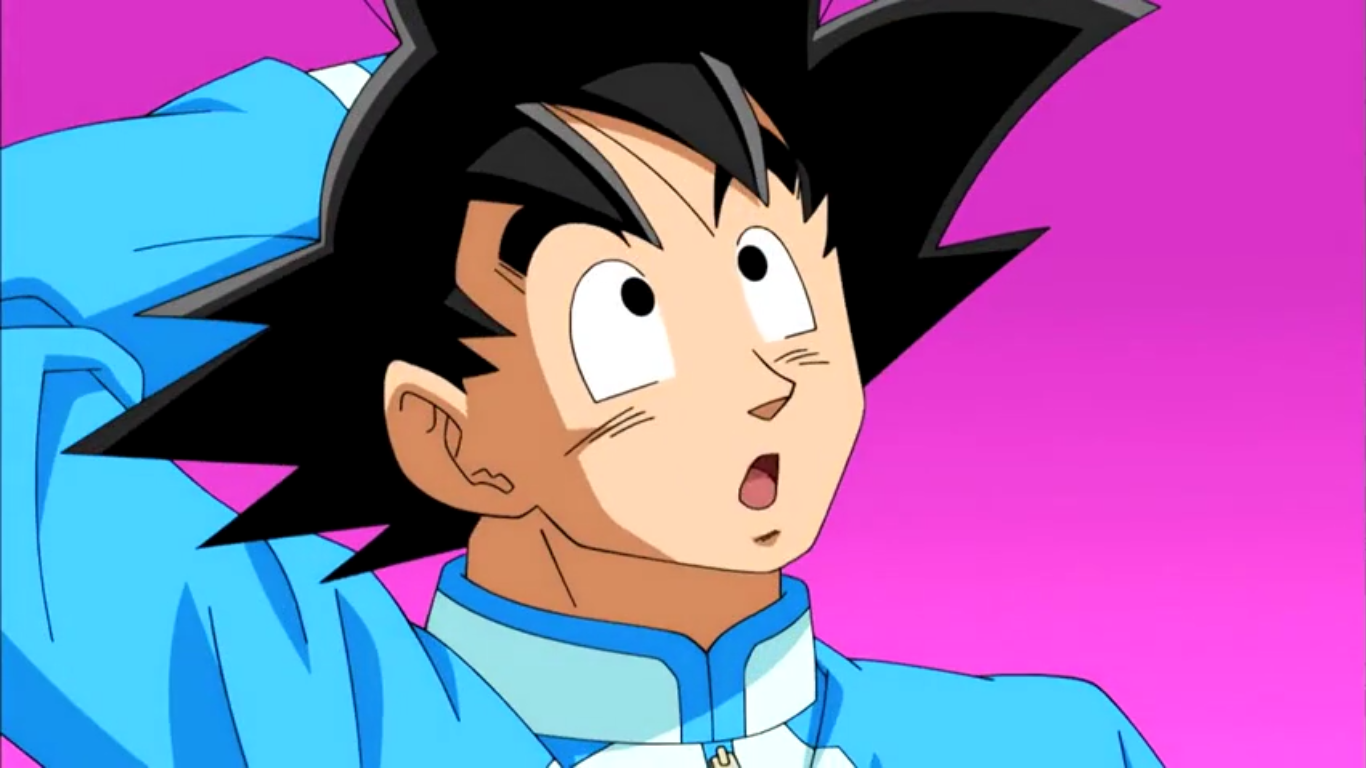 The comedic highlight of the episode comes from King Kai trying to prevent Goku from figuring out that Beerus exists or that the deities have been talking about him. Goku gets pretty close to figuring out that something is amiss, but King Kai is able to guilt-trip Goku off the scent by reminding him that it’s his fault his planet was destroyed, resulting in the sorta-death of himself, Bubbles and Gregory.

After that brief distraction, we start to get a bit of an exposition dump from Beerus, his attendant Whis and an Oracle Fish. But what prevents it from becoming stale is the great interactions between the trio of characters with a lot of that coming from the voice actors, particularly Ian Sinclair as Whis who is so dignified and clearly the intellectual superior of the group. He may be the servant/attendant of the God of Destruction, but he doesn’t hesitate to stand up to him. He also has a playful wit that makes almost every line of dialogue from him a small nugget of joy. 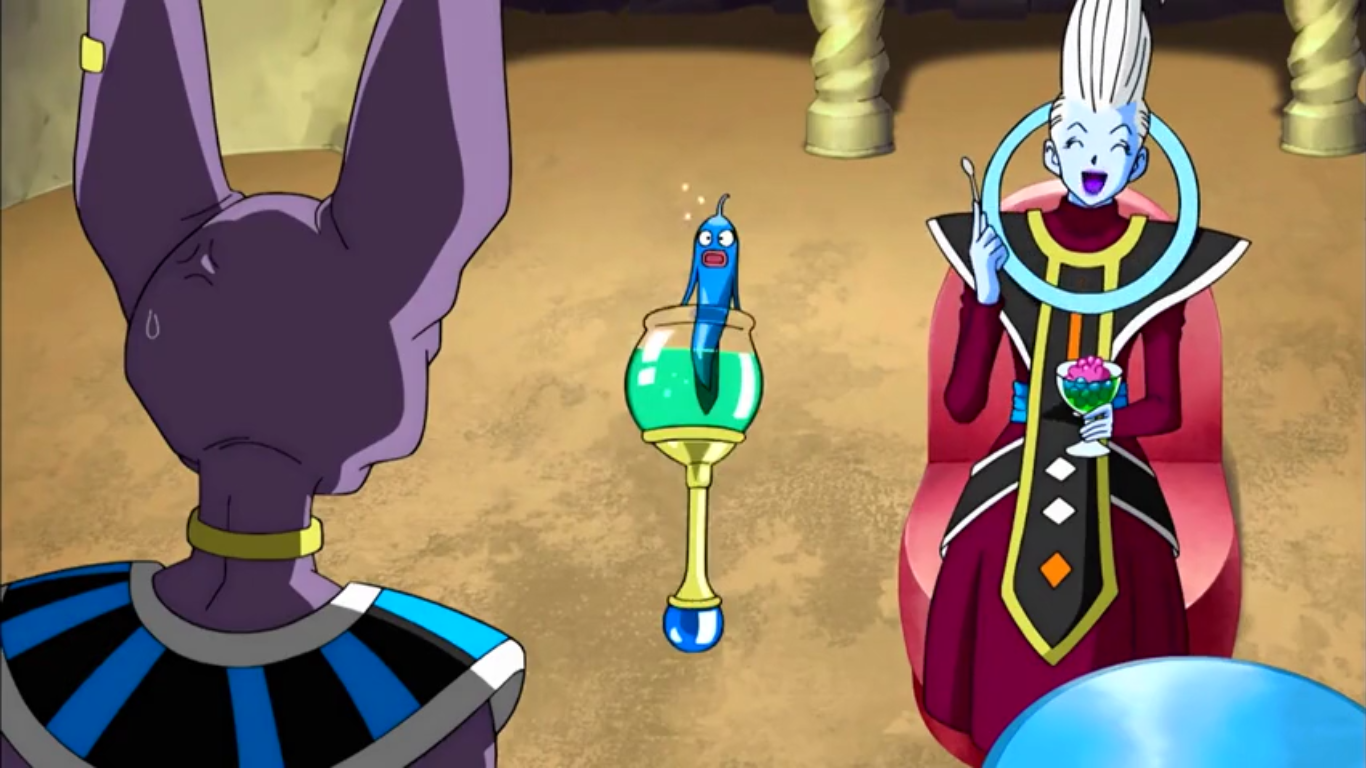 We also learn more information that adds to the lore and backstory of the entire franchise. Apparently, the Saiyan Planet of Vegeta was destroyed by Lord Frieza, because Beerus ordered it to be so. Essentially, Beerus set into motion the entire Dragon Ball storyline. But Beerus is surprised to know that it was a mere Saiyan who bested Frieza using the “Super Saiyan” transformation. Intrigued by the transformation and the lack of “God” in the title, Beerus and Whis set out to find Goku. The whole segment is brilliantly written, with interesting universe-building, entertaining character beats and also serving as a mini history lesson for any new viewers (though why they saved this for Episode 3 is questionable). With Whis and Beerus able to track Goku to the King Kai’s planet, it feels like Dragon Ball Super has really started and I’m looking forward to where the narrative will go next.

In the background, we also have Bulma organising her birthday party. Instead of taking place at her house like it did in Dragon Ball Z: Battle of Gods, it’s taking place in the middle of the ocean on a cruise-liner, a change I await to see the purpose of. But we’re re-introduced to older supporting characters like Gohan and Videl (who are now married), Piccolo, Krillin, 18, Tien, Chiaotzu, Yamcha, Puar, Master Roshi, Oolang and more. This is a who’s who gathering of Dragon Ball characters and it’s just great to see them all together again in this quiet before the storm. 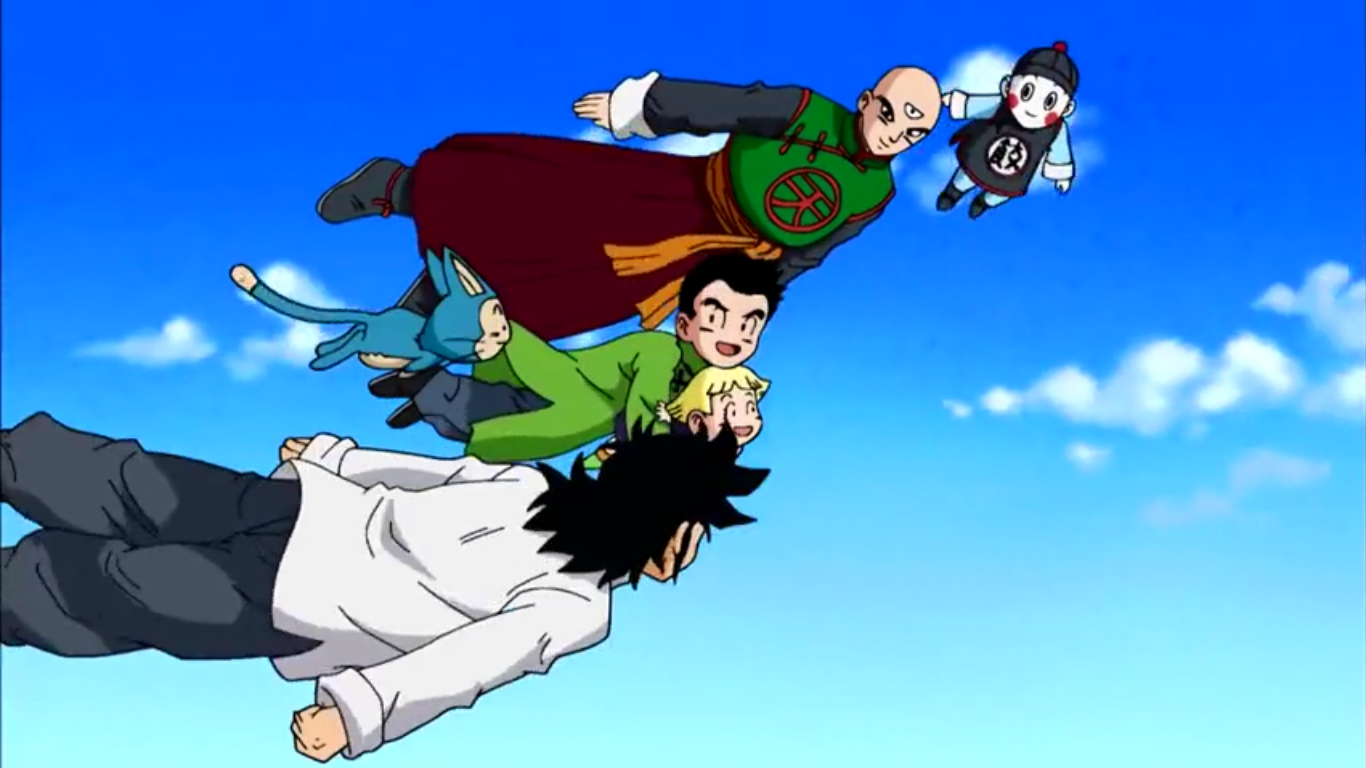 In terms of animation, there’s not much to talk about, as it’s mainly a series of conversations without much flourish. But the homeworld of Beerus and Whis is still very well designed and it’s interesting to see how Beerus moves, sits and also licks his arms like a cat to clean himself. He’s a uniquely designed character (clearly taking inspiration from Egyptian deities) and he’s a visual and behavioural far cry from previous antagonists like Frieza, Cell and Buu. Due to the static nature of the episode, it feels unambitious but polished, though the flashbacks are inconsistent as Goku’s battle against Frieza was re-animated, but King Kai’s planet’s destruction uses actual footage from Episode 173 of Dragon Ball Z. Either use old footage or re-animate it, don’t do both. Special mention has to be given to the foreboding music by composer Norihito Sumitomo, which does an effective job at getting across the sense of impending doom.

While it still feels like the series is dragging its feet somewhat, this episode nevertheless manages to be effective through clever characterisation with Beerus and Whis whilst also delivering effective comedy with Goku and King Kai. More importantly, it feels like the stage is now set for the rest of the arc as the episode concludes with the inescapable feeling of dread as the unpredictable force-of-nature known as Beerus the Destroyer seeks to track down our heroes.