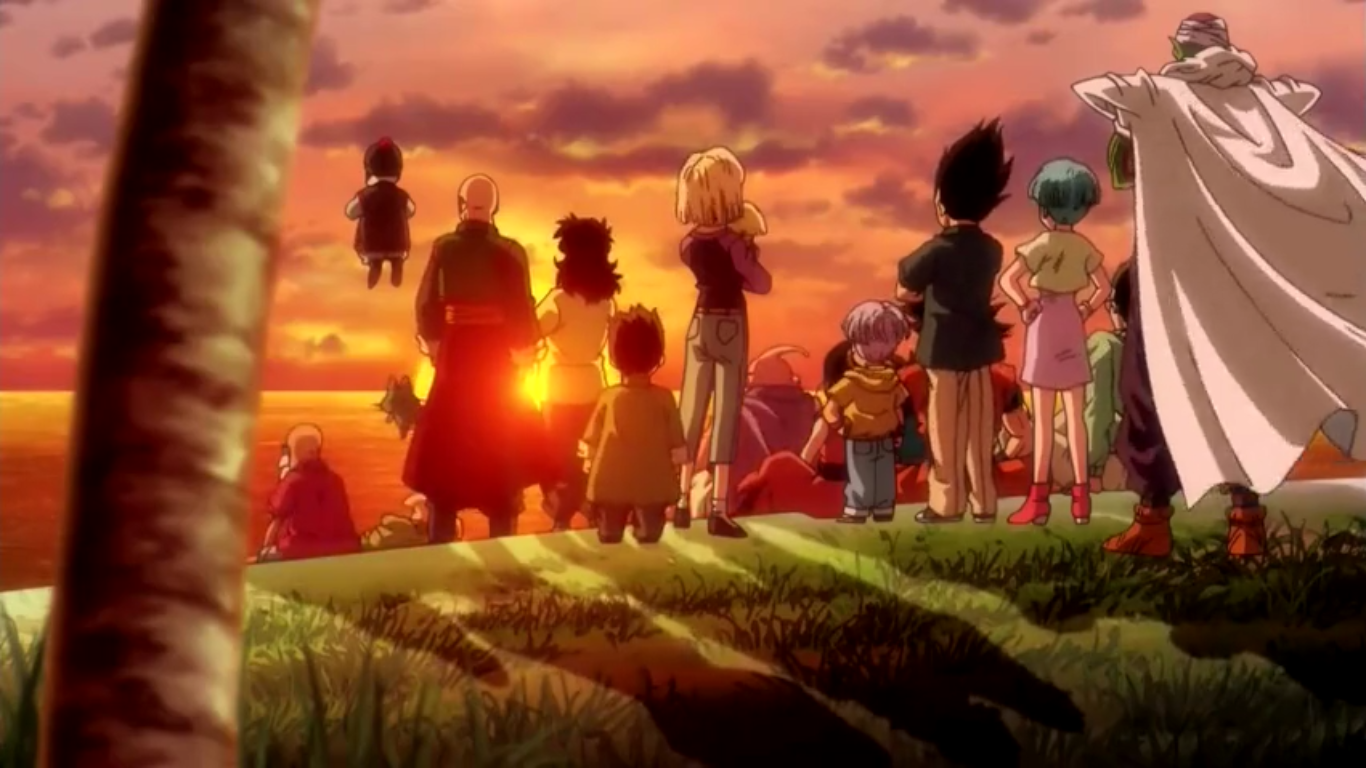 Dragon Ball Z began airing on Toonami over 20 years ago. That fact is pretty mind-boggling, especially when you take into account that despite finishing its original run in 2003, the franchise has never truly gone away. With yearly video games, brilliant fan-dubs (hello TeamFourStar!) and regular re-runs of Z and its partner series’ Dragon Ball and Dragon Ball GT, the franchise has been a constant for decades. But with Toonami airing the brand new episode of Dragon Ball Super yesterday, it feels very little time has passed at all.

With the series picking up 6 months after the defeat of Majin Buu (but before the 10 year time-skip that saw the definitive end of Dragon Ball Z before Dragon Ball GT), we’re right back into the lives of Goku and his friends and family. The happy-go-lucky Saiyan Warrior is eager to train to become stronger to protect his loved ones. However, his wife, Chi-Chi, has him working on the radish farm to earn money. As it turns out, saving the world doesn’t pay well… unless you’re Mr. Satan, who has taken credit for saving the world from the powerful threats Goku and friends have defeated and is being awarded a 100 million zeni cash prize. The sequences involving him trying to play nice with Mr. Buu (the good version of Majin Buu… yeah, Dragon Ball Super isn’t kind to the uninitiated), whilst pretending to be the world’s strongest warrior are the bright spots of comedy in this first episode. 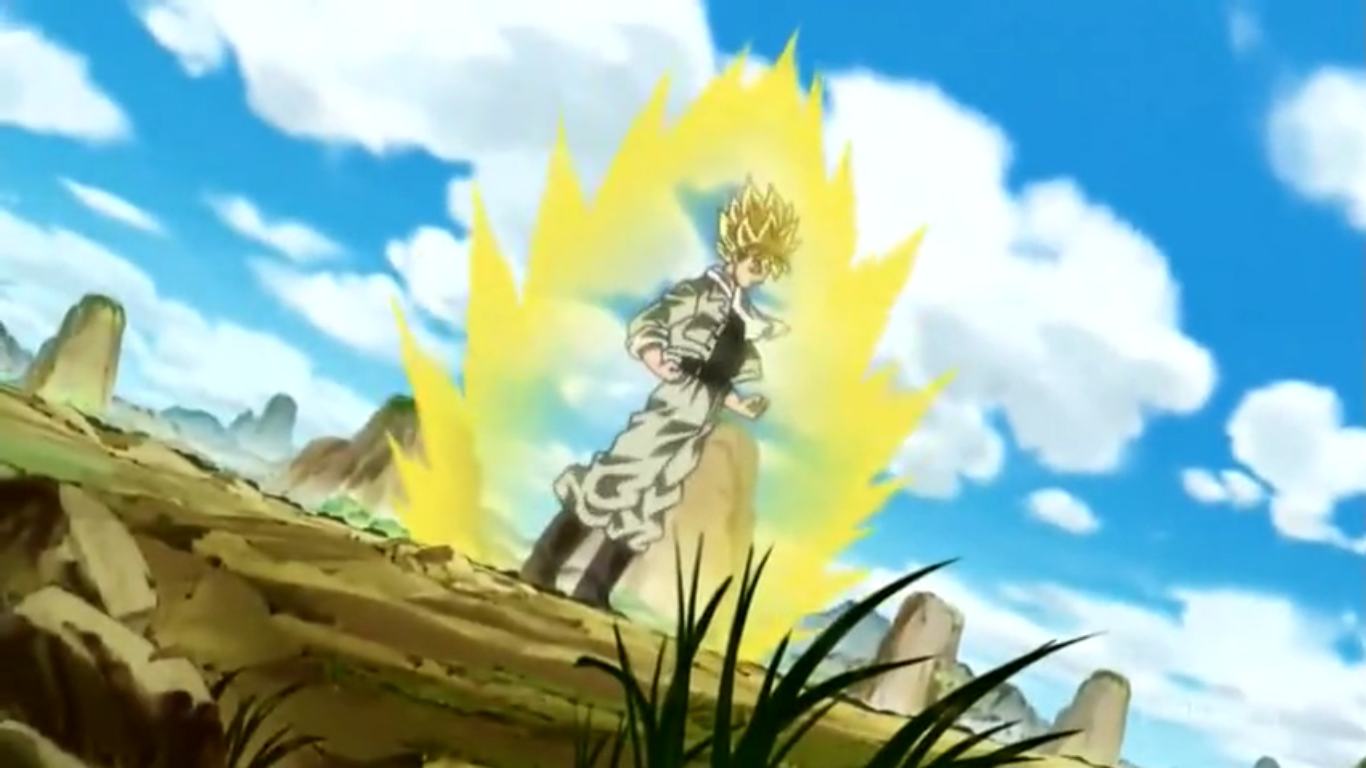 Those expecting the epic fights, powering up and the transformations that became a staple of Z will find this re-introduction to the world slightly disappointing (Goku doesn’t even wear his blue and orange gi). However, to be fair this episode is about getting the viewer reacquainted with the characters we’ve not seen for so long on the small screen. This episode is more in-line with the sensibilities of Dragon Ball than its more action-packed sequel Z and there’s nothing wrong with that, it just might alienate audiences right out of the gate. But the earth is now finally at peace after the defeat of Majin Buu, so let’s revel in that for a bit.

Thankfully, we’ve got a tease of what’s to come in the near future, as two powerful creatures are making their way through the cosmos leaving a path of destruction in their wake. Those who have seen the movies Battle of Gods and Resurrection F will already know where Dragon Ball Super is going, but it’s still an effective introduction for the brand new arc in this series.

The main plot of this debut episode follows Goku’s son, Goten, and Vegeta’s son, Trunks, trying to find a wedding present for Videl, who has finally married Goten’s brother Gohan, which gives us some fun set-pieces where these two boys are completely stumped on what to buy a woman as a present. But it leads to a nice conclusion that also involves Mr. Satan wanting to reward Goku for saving the Universe from Buu. It’s a heart-warming ending to what’s a very easy-going opening episode. 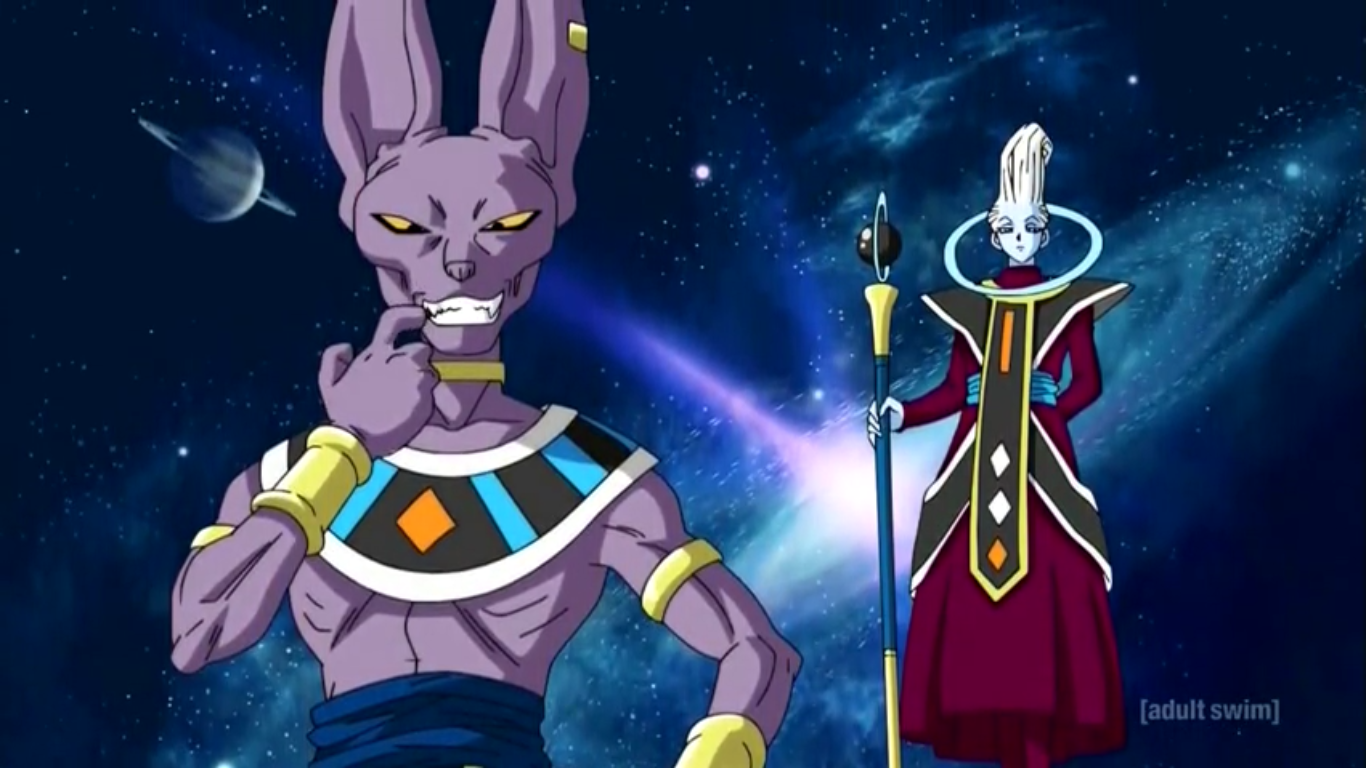 Voice-wise, a big part of the appeal of Dragon Ball Super will be hearing Seán Schemmel return as Goku and he slips back into the role effortlessly. It’s also great to hear Jason Douglas and Ian Sinclair reprise their roles from Battle of Gods as Beerus as Whis, with Douglas in particular doing a great job at portraying a more mean-spirited version of the character. If there’s a weak-link it’s Kara Edwards as Goten. To be fair, the character doesn’t have a lot of range to work with — Goten is pretty simple by nature.

The whole episode looks good, though showcasing original footage from Dragon Ball Z at the beginning makes it feel like the animation has taken a slight downgrade in Dragon Ball Super, despite the episodes originally being made 20 years ago in Japan. The colours are vibrant, but faces tend to lack detail and with the exception of one sequence taking place on an alien planet, there’s nothing really original being showcased. This is only the first episode, so hopefully things get more expansive and ambitious as time goes on.

This first episode of Dragon Ball Super was a fun return to the comedic roots of Dragon Ball, but taking that approach might have alienated fans who fell in love with the series in the 90s and 2000s for its action and dramatic set-pieces. But there are some sweet character beats, the voice actors returning is a great sign and a lot of the gags feel appropriate to the characters considering that this is meant to take place very shortly after the events of Z. However, a lot of fans will be eagerly anticipating things to ramp up in scale and hopefully that happens sooner rather than later.