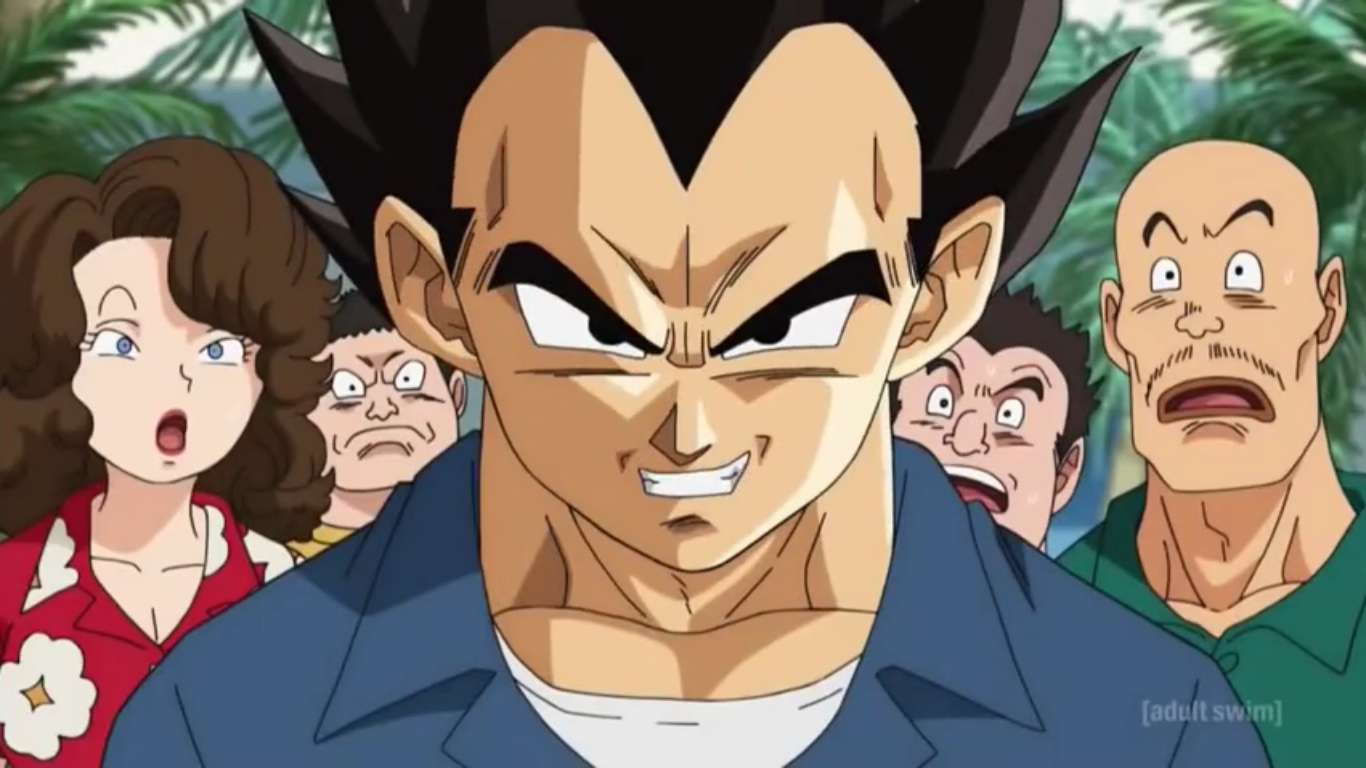 So last week Dragon Ball Super opened in a surprisingly low-key way by showing us what Goku and his family have been doing during the momentary peace on earth. So this week, it’s only natural that we see what his Saiyan rival Vegeta and his family have been doing as well. In a nice call back to episode 207 of Dragon Ball Z, Vegeta decides to uphold his promise to his son Trunks that if he could punch him during World Tournament Training that they’d go to an amusement park. So, much to his chagrin, Vegeta tags along with Trunks and his wife Bulma as they shop, eat and enjoy the festivities on a nearby island resort.

The humour mainly comes from Vegeta simply being unable to have a good time (unless he’s eating vast quantities of food but even he finds a way to stop enjoying that) and it’s in episodes like this where I’ve missed Christopher Sabat’s vocal turn as the Prince of all Saiyans. You get the sense that Vegeta is TRYING to make his family happy on the resort but what he enjoys and what they enjoy are on two very different planes of existence. But the fact that Vegeta even went out with them in the first place is victory enough for Bulma. 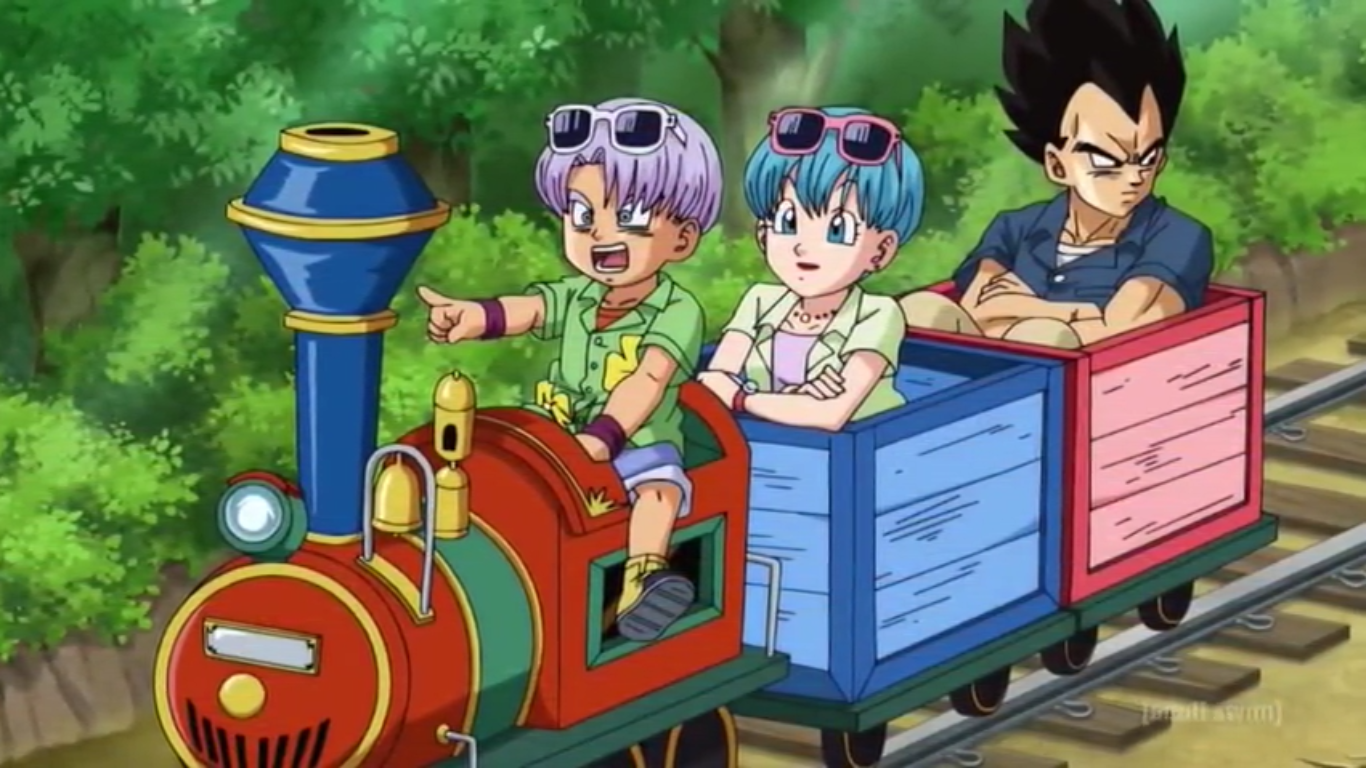 But Vegeta is still bitter about how the Buu Saga ended with his rival Goku being the one to defeat the magical tyrant and having to admit that he is the strongest warrior…at least right now. Vegeta decides that he shouldn’t be wasting time blending into the human crowd and needs to train to surpass Goku once and for all. It was a nice stint of normalcy for Vegeta while it lasted and I’m glad it was brief as it would have been massively out of character for him to have spent much longer fooling around when he should be getting stronger.

We get a brief look at how Goku is planning on training as he decides to travel to his mentor King Kai’s planet which, thanks to it having 10 times the gravity of earth (despite it having a diameter of roughly 60 meters… you figure out the science there), is an ideal environment to train in. It’s nice to see King Kai again, especially Sean Schemmel’s bad stand-up-comedian interpretation of the character which I personally always enjoyed more than the self-serious Japanese dub. 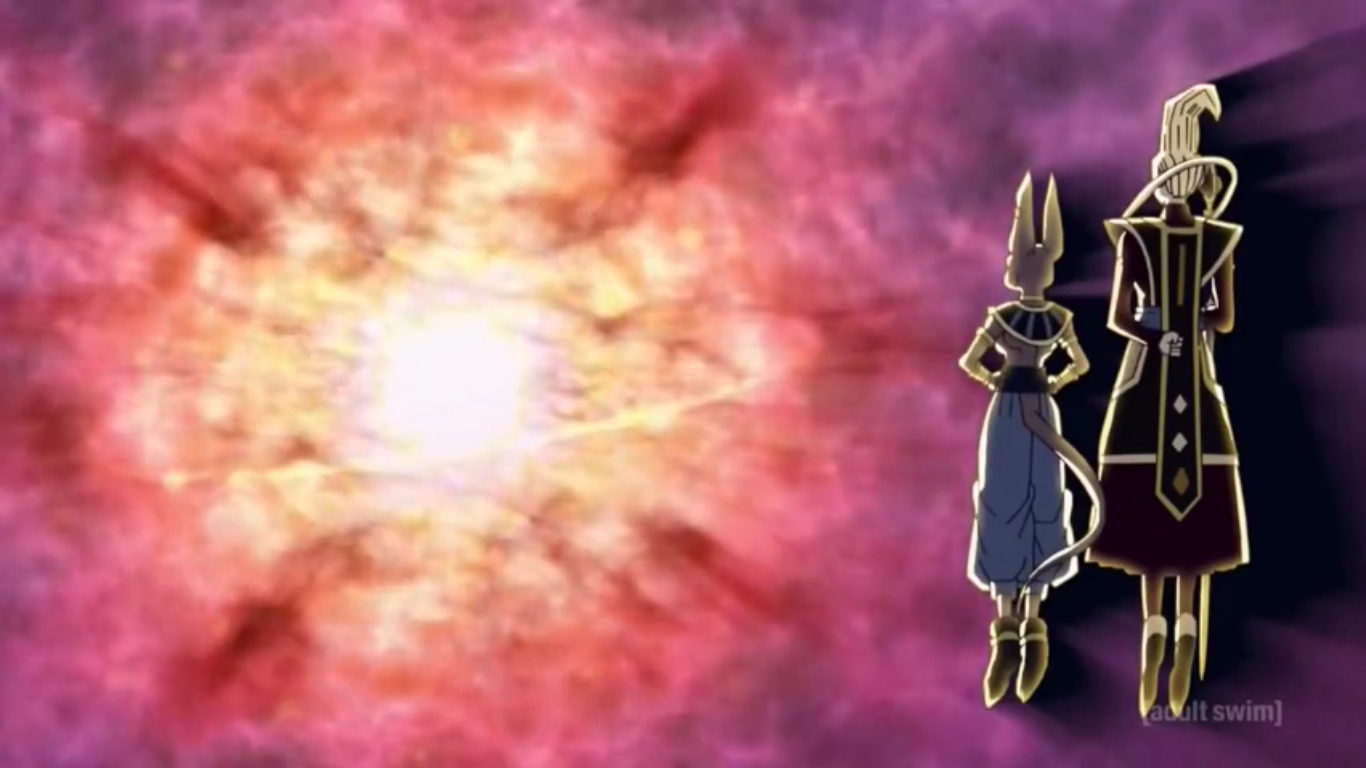 In a sub-plot, we return to the mystical figures Beerus and Whis who we were teased with last episode. Whis is on a mission to attain an incredibly delicious dinosaur meat from an unnamed planet and while Whis’ approach and attempt to peacefully negotiate for the food shows him to be a very original character in this franchise, the sub-plot feels superfluous. Even when Whis and Beerus attain the dinosaur meat they decide to not cook it. The main reason Beerus wanted it was to try and jog his memory (lolwut?) as he’s been having dreams about encountering a “Super Saiyan God”…and then they decide to go and eat food.

If these two aren’t in any sort of a rush to find the “Super Saiyan God” then why should we? It feels like Beerus and Whis have zero momentum to their sub-plot right now and hopefully that’ll change next week.

In terms of the animation, Dragon Ball has never excelled at domestic environments but the first half of the episode looks fine as we see Vegeta and his family travel around the island resort. But things get more interesting when Whis and Beerus come into play and we see some uniquely designed aliens as well as a cool transformation from the planet’s strongest fighter before watching a gorgeously atmospheric destruction sequence where the lighting effects from the dying planet are a sight to behold.

We have an episode of two-halves where the first half on the island resort has its charms even if it feels a bit slow and minimally animated and then the second half has more action and is well animated but really isn’t amounting to anything. While the slower approach to story-telling is appreciated, it’s hard to escape a feeling of restlessness. Now that audiences have to tune in week after week as opposed to watching a 90 minute movie in one sitting the show should be doing more to entice us to come back, but with this episode that’s really not happening. Hopefully things pick up soon.