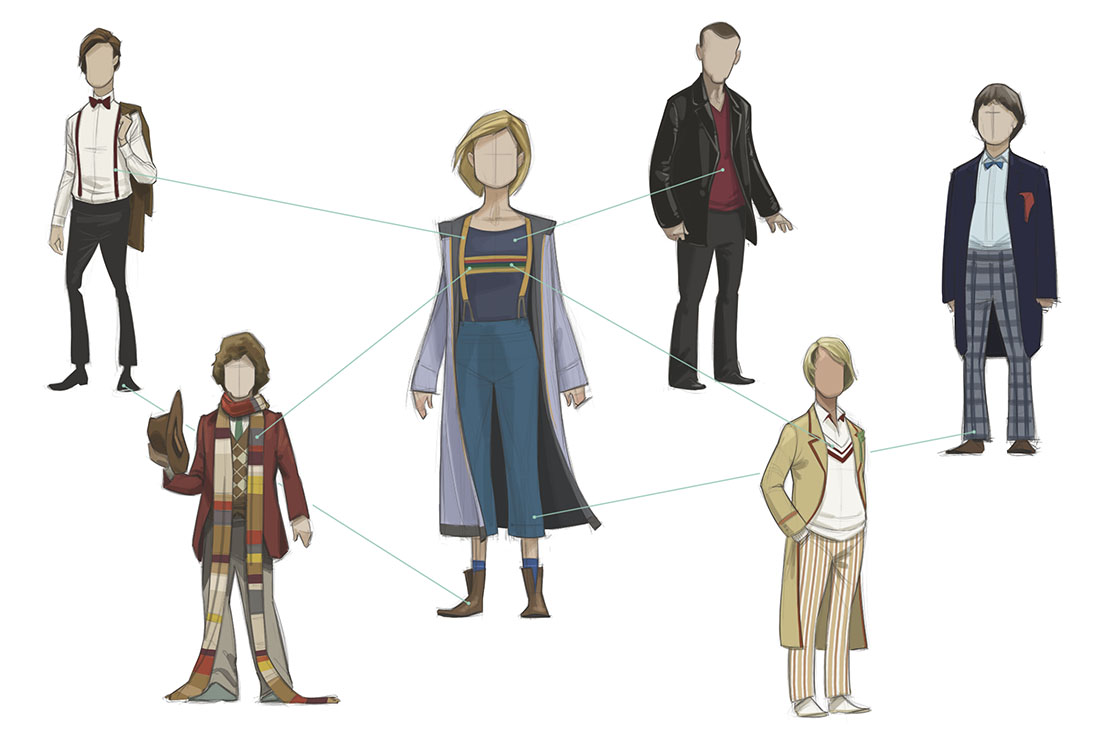 We’re collecting all the info about the Thirteenth Doctor ahead of her first appearance in the Doctor Who 2017 Christmas Special we’ll cover everything from her costume to her accent and even who will be her new companion. Today let’s talk about her costume!

After the announcement in July that Jodie Whittaker (Broadchurch) would be playing the first female Doctor in the BBC series Doctor Who the BBC did release the first image of Jodie Whittaker as the Doctor and we couldn’t help, but notice her costume has quite a few throwbacks to some of the prior reincarnations so we put together this handy graphic to cover all the references. Did we miss anything? 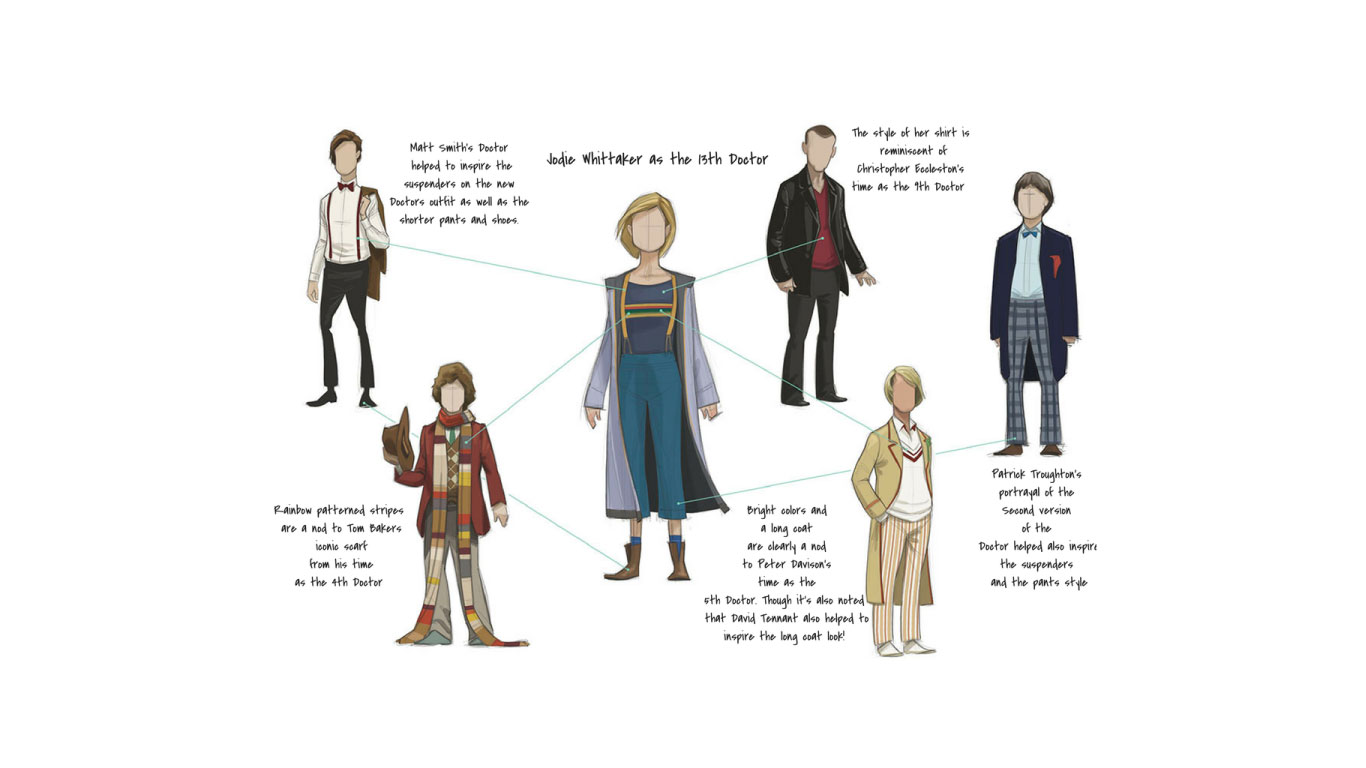 Share this Image On Your Site By Using The Code Below

As you can tell this outfit is a far cry from what Capaldi had worn. Instead of black, it looks like this Doctor will be adding more color to her uniform, which of course might give us a hint into her character. Since we know Capaldi was somewhat dark and depressed it looks like Jodie Whittaker’s Doctor is finally free from some demons and will perhaps be more reminiscent of the days of Tom Baker’s time as the 4th Doctor? Hard to say, but we can’t wait to find out.

The Doctor Who 2017 Christmas Special will air on the BBC this Monday!

Will you be watching the Christmas special? And if so how do you think the 13th Doctor will make her first appearance? Leave your questions, comments, and theories in the comments below.