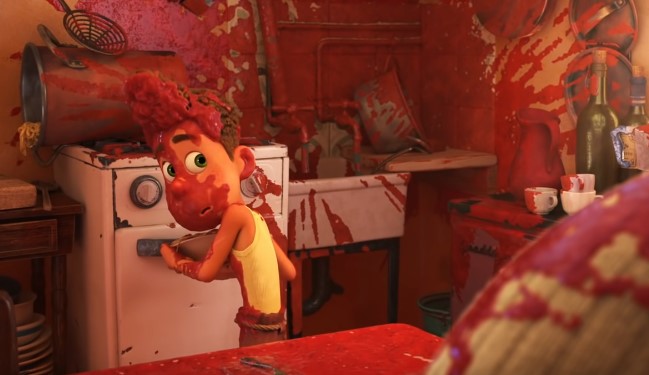 Last June Disney Pixar had introduced us to the charming Alberto in Luca, and though the film needs no sequel, it is getting an animated short centered on everyone’s favorite fish boy.

Here’s the trailer for Ciao Alberto:

With his best friend Luca away at school, Alberto is enjoying his new life in Portorosso working alongside Massimo—the imposing, tattooed, one-armed fisherman of few words—who’s quite possibly the coolest human in the entire world as far as Alberto is concerned. He wants more than anything to impress his mentor, but it’s easier said than done

While Luca was understandably the focus of the main film, it’s actually Alberto who is the prime source of humor and entertainment, pushing the plot forward by getting him and Luca to run away to the town. Though this could just be a one-off, it would be cool if we got a short updating us on Luca and his experience going to school in the city.

Though Pixar had dealt with a lot of “huge” concepts with movies like Soul and Inside Out, Luca was a refreshingly simple story; but even if that was the case, you still have to appreciate the pro-LGBT subtext that’s heavily coded into the film. The movie doesn’t really need a sequel, but the characters are great, and it’s shorts like this that make a fan happy to see what the characters could be up to.

Ciao Alberto hits Disney+ on Nov. 12. You can catch more of Alberto in Disney Pixar’s Luca.