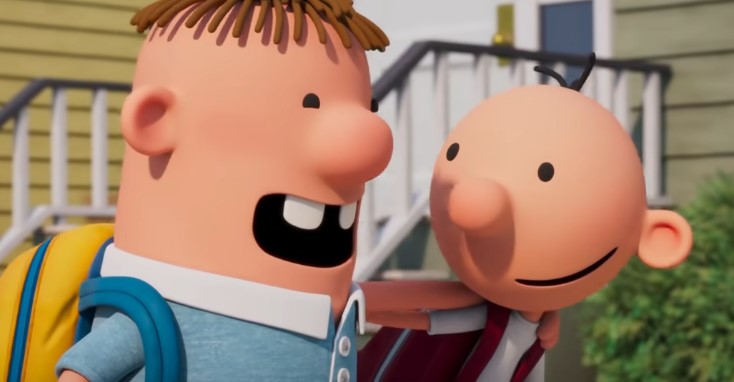 With Disney acquiring 20th Century Studios, the Diary of a Wimpy Kid franchise had been poised for a reboot. Now Disney has released the first trailer for the animated Wimpy Kid, and it looks a lot more accurate to the original book by Jeff Kinney.

You can check out the Diary of a Wimpy Kid trailer down here:

The first book in Jeff Kinney’s worldwide bestselling series comes to Disney+ in the all-new animated adventure “Diary of a Wimpy Kid.” Greg Heffley is a scrawny but ambitious kid with an active imagination and big plans to be rich and famous – he just has to survive middle school first. To make matters worse, Greg’s lovable best friend Rowley seems to coast through life and succeed at everything without even trying! As details of his hilarious – and often disastrous – attempts to fit in fill the pages of his journal, Greg learns to appreciate true friends and the satisfaction that comes from standing up for what is right.

With the live-action Wimpy Kid film coming out back in 2010, the franchise is primed for a new generation of wimpy kids, and the animated medium won’t allow the reboot to fall into the trap of the live-action films in which the original cast had outgrew the characters they were playing.

It’s also worth noting that this time, Wimpy Kid author Jeff Kinney is more involved with the project, with him providing the script and acting as the movie’s producer.

Catch Diary of a Wimpy Kid when it streams on Disney+ this coming Dec. 3.