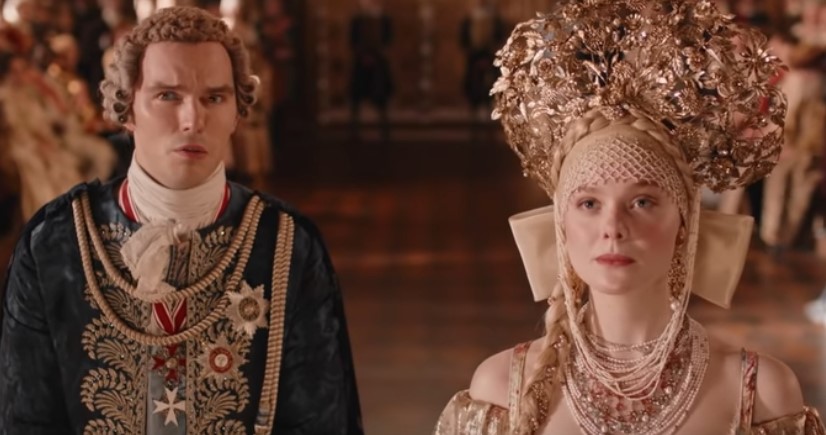 Elle Fanning and Nicholas Hoult had provided some topnotch performances with the first season of Hulu’s The Great, and the pair are set to return for a second season this November. Just in, we have a new trailer for the show, and the political game is afoot between Catherine and Peter.

Watch the new trailer for the second season of The Great down here:

Picking up from the last season, Catherine is pregnant with the Peter’s child, and it looks like she has usurped him as the ruler of Russia. Peter, ever the pompous, tries to hold on to his power, and is going to try and get ahead of Catherine before it’s too late for him.

Like I said, Fanning and Hoult are fantastic in this show, Fanning with her optimistic, intelligent heroine, and Hoult with his hilariously moronic royal; though Peter is portrayed as an idiot in the show, he can actually be frightening when the show calls for it, especially when he still holds the cards, and Catherine has to find her way around him.

Joining the cast this season is also Gillian Anderson who will be playing the mother of Catherine; and seeing as how eccentric Catherine is for a woman in that era, I’m excited to see what kind of mother raised her to turn out that way.

Though The Great is based on actual history, a lot of the events in the series are altered to make them more dramatic and comedic. We don’t know how much they’re going to change for the second season, but I’m all up for the series as long as its full of clever banter and more hilarious hijinks from Peter.

Catch the second season of The Great when it premieres this Nov. 19 on Hulu.