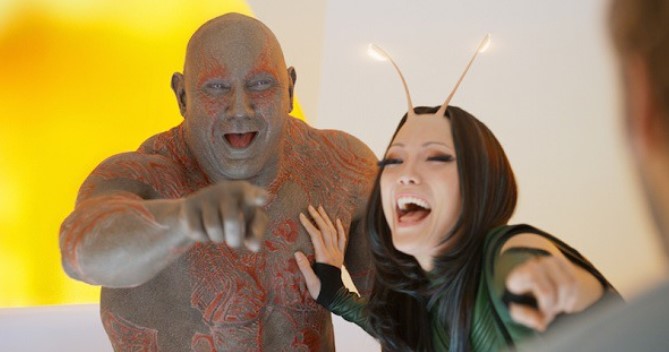 Though he may have been fired from the project for a while, James Gunn is back at the helm of Guardians of the Galaxy Vol. 3, and we get to see how he intends to end the story of Peter Quill, Drax, Rocket Raccoon, Groot, and Gamora. He had a script ready before he was fired, and it looks like he’ll be using a new one for his return.

This was confirmed by Dave Bautista who told Digital Spy:

“I don’t know what the script of the third film is, to be honest with you. There was a script years ago that obviously is going to have to change because the whole direction of the Marvel universe has changed.”

We don’t know exactly what the original script contained, but rumors were going around that it would deal with Rocket Raccoon coming face-to-face with his creator, and Drax discovering that his daughter is alive.

What Bautista seems to know, is that Guardians Vol. 3 could be the end of his run with Marvel. He says, “as far as my obligations, I’ve got Guardians 3, and that’s probably going to be the end of Drax.”

With Drax coming out as a fan-favorite, it would be nice if we just got to watch him settle down rather than actually die; that way, it opens Bautista up for appearances in the MCU in the future.

In the meantime, you can catch Bautista in Army of the Dead which premieres on Netflix on May 21. Guardians of the Galaxy Vol. 3 hits theaters May 5, 2023.