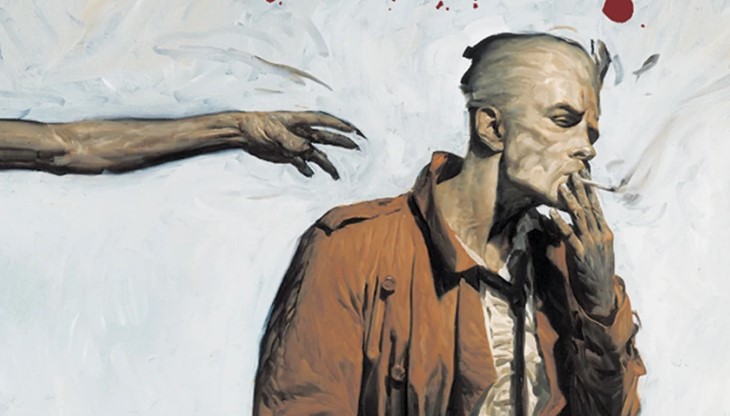 Back in July 2020, it was reported that J.J. Abrams would be developing a DC property in the form of a Constantine movie. Now new details have come out about the project, and it turns out, there have been some significant changes.

As per Variety, Constantine will no longer be a movie, but rather a series that will be developed for HBO Max. What’s more, the show is expected to tie-in with Abrams’ Justice League Dark series. The show is said to have Guy Bolton attached to write, and will ‘follow a younger version of the character and focus more on the horror elements of the comics rather than the religious ones.’

With that last bit in mind, I think it’s safe to think that this Constantine series will not be a follow-up to the movie starring Keanu Reeves or the Constantine series from The CW that starred Matt Ryan. While the latter is the more comic-accurate version of the character, I think we’ve yet to get a version of Hellblazer that actually fits in with the DCEU-style of characters.

For now, HBO Max is still building their library when it comes to DCEU properties, so fans don’t really know what to expect with Abrams’ upcoming series. One thing is for sure, Marvel Studios has once again been hitting it out of the park with their WandaVision series on Disney+, so DC better step-up its game. You can only ride on the critical praise for Joker for so long.

No release date has been set for Abrams’ Constantine series.