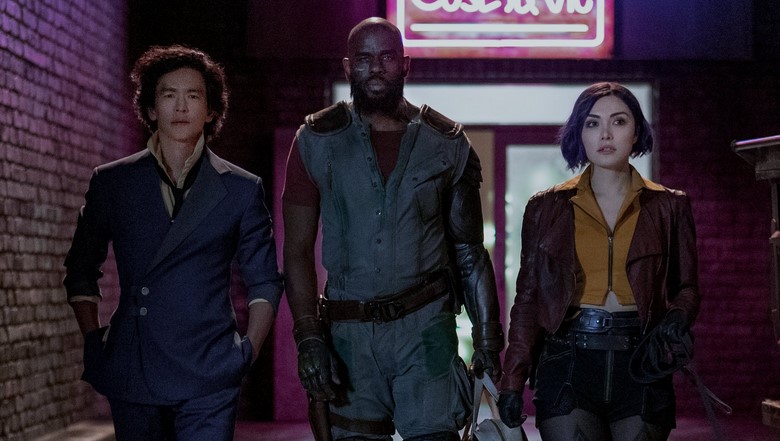 When it comes to adaptations these days, they are never safe from fan backlash, be it a revival/sequel to Masters of the Universe or a new entry in Star Wars. With Netflix recently revealing the first look of the cast of Cowboy Bebop, Faye Valentine actress Daniella Pineda has released a video regarding the backlash of her casting.

This was released on her IG stories (via İbrahim Açıkgöz):

With Faye Valentine being one of the most sexualized characters in the show, there has been backlash on Pineda’s character not looking exactly like Faye, from her figure to the accuracy of her outfit. After sarcastically apologizing for the way her body looks, Pineda does give a more practical explanation on why they didn’t go for Faye’s more skimpy outfit from the anime—because it didn’t allow for her to perform any stunts practically.

With the current social climate and Faye’s status on the show, I would understand why the series would choose to make the character less ‘cancellable.’ Besides that I think Pineda looks fine, anime-accurate outfit or not, and I can’t wait to see her bring the character to life when we get our first trailer.

“Cowboy Bebop is an action-packed space Western about three bounty hunters, aka cowboys, all trying to outrun the past. As different as they are deadly, Spike Spiegel (John Cho), Jet Black (Mustafa Shakir), and Faye Valentine (Daniella Pineda) form a scrappy, snarky crew ready to hunt down the solar system’s most dangerous criminals — for the right price. But they can only kick and quip their way out of so many scuffles before their pasts finally catch up with them.”

Catch Cowboy Bebop when it premieres on Netflix on Nov. 19.