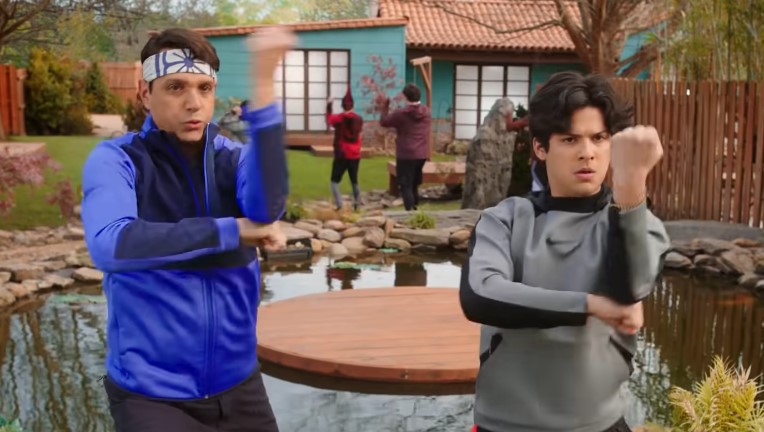 Fans are still eager to find out what happens to the coalition between Miyagi-Do and Eagle Fang with the upcoming season of Cobra Kai, but it looks like Netflix has jumped the gun and has renewed the show for a fifth season.

The dojo is about to be 5x as rad. Cobra Kai has been renewed for a 5th season. pic.twitter.com/8iz2M6Bzw5

We don’t know what to expect with this fifth season yet, Season 4 is still a complete mystery to us. After bringing back John Kreese and eventually having him take over Cobra Kai from Johnny, the fourth season is going to feature the return of Karate Kid Part III villain Terry Silver. Is Silver going to take over Cobra Kai for himself? Or is he going to be teaming up with Kreese to play dirty against Johnny and Danny?

Ever since Cobra Kai landed on Netflix, the show has been applauded for its meta critique on nostalgia and the dangers of dwelling in it for too long. The show makes fantastic callbacks to the original era of Karate Kid while at the same time giving us genuine character arcs for the likes of Danny and Johnny. Not to mention they also give the kids their own meaningful journeys, and we get to watch them have their own struggles as their teachers try hard not to lose themselves in their rivalries.

Though a fifth season sounds great, I’m hoping that showrunners Josh Heald, Jon Hurwitz, and Hayden Schlossberg have a solid idea on how to end the series before it starts feeling stale.