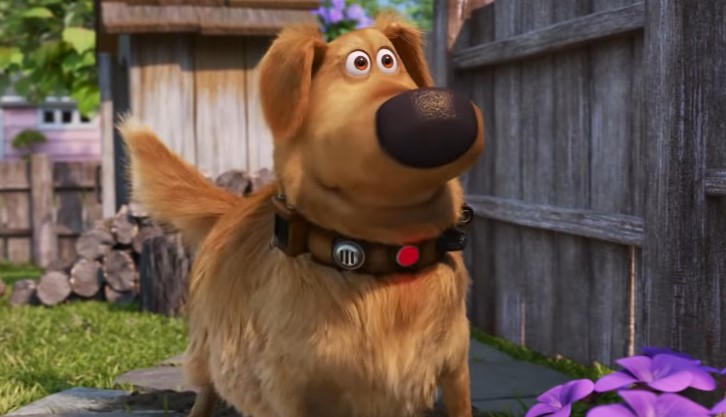 Disney Pixar may not be behind Disney+’s Monsters at Work, but they do have a set of shorts spun off from the world of Up featuring everyone’s favorite talking dog, Dug. We have a new teaser for the show and it features returning characters Carl, Russell, and of course, Dug.

Pixar Animation Studios’ “Dug Days” is a new collection of shorts that follows the humorous misadventures of Dug, the lovable dog from Disney and Pixar’s “Up.” Each short features everyday events that occur in and around Dug’s backyard, all through the exciting (and delightfully distorted) eyes of our favorite talking dog.

The show is written and directed by Bob Peterson (who also voices Dug) with Kim Collins attached as producer. The series is also set to release all five episodes when it premieres on Disney+.

We don’t know if other characters from Up will make an appearance, but I have a feeling that we’re just going to be following Dug as he goes on tiny adventures in Carl’s backyard. It would be fun to see the return of the other dogs from the original film, maybe even the huge bird Kevin.

Though Pixar has had a shoddy reputation when it comes to sequels like Finding Dory and The Incredibles 2, these shorts have always been fun pocket stories for characters we already love. They’re great fun for Toy Story, and I’m not expecting any less from Dug Days. If I wanted other shorts, I guess an Incredibles spinoff could go multiple places.

Catch Dug Days when it comes out on Disney+ this fall.