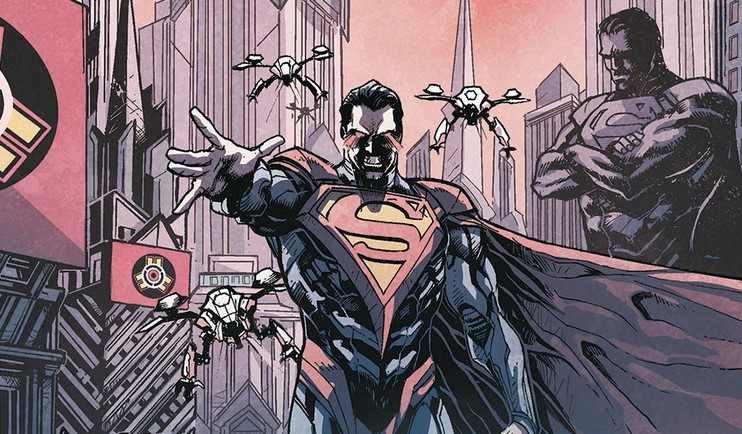 With Superman being considered a ‘beacon of hope’ in comics for decades, new stories have tried to experiment with the character, like Injustice turning him into an evil tyrant. Though some people love these stories, Superman writer Grant Morrison thinks they’re way out of character when it comes to the Man of Steel.

Talking to CBR, Morrison thinks that storylines where Superman turns evil because of the death of Lois Lane are not strong enough reasons for Kal-El to turn to the dark side. He says:

“It’s something I’ve come to terms with and pared down to it coming down to the patriarchal structures that have been oppressing us and Superman can easily be made to be representative of that. This dad-like figure looking out for us can be made authoritarian but I think that’s a mistake… I think the idea that Superman would react to the death of Lois Lane by becoming a tyrant is ridiculous; my mum and dad died and I didn’t become a tyrant. If I can handle it, Superman can handle it.”

For now, Morrison is promoting his new Superman run with Mikel Janin called Superman and the Authority, and he says that it will have a different take when it comes to ‘tyrant Superman.’ Morrison explains:

“I think there’s a certain degree of, if he’s that powerful, couldn’t he change things? We’re kind of leaning into the idea that he’s a really good man and wants to do the best for us but he’s not actually human. He doesn’t want to break us but he’s gotten to the point where he thinks maybe he should break us, maybe we need this… It’s slightly scarier than Superman as an authoritarian dad with heat vision eyes, it’s more of an alien perspective saying, ‘I’ve had enough of you. You’ve been messing up too long and are really going to hurt yourselves if I don’t do something.'”

While Lois Lane dying is admittedly a flimsy excuse for Superman turning bad, there are some stories that I think deal with the tyrant Superman trope really well. For one, Mark Millar’s Superman: Red Son also has a dictator Superman figure, but you can tell that he’s not a bad guy, just raised with Soviet ideologies. It’s going to be interesting to see Morrison will set his take apart from Millar’s.

Superman and the Authority #1 comes out on July 20.