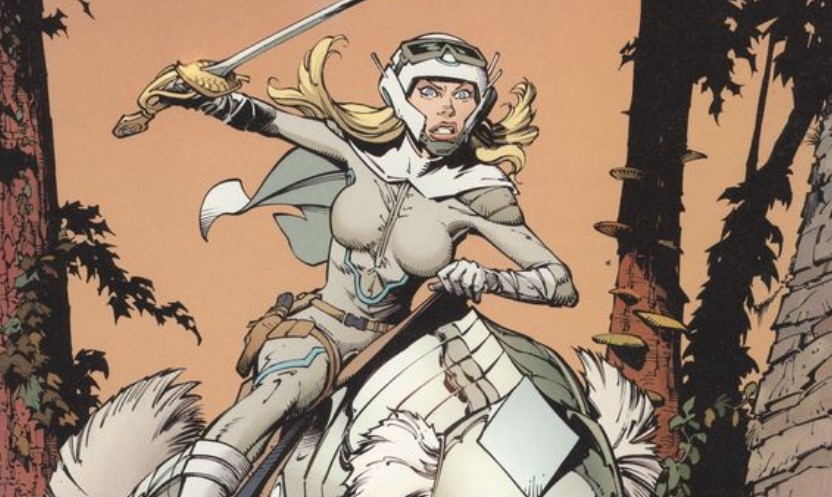 It’s been a while since it was announced that Netflix had acquired the rights to Mark Millar’s Millarworld of stories, and now we have an announcement on what their first movie will be from the IP.

According to Deadline, the first Millarworld story to be developed by Netflix is Reborn, and it will have Chris McKay (LEGO Batman) as the director. What’s interesting is, Bird Box star Sandra Bullock is also attached as producer, and she could also be the star of the film as well. The sci-fi fantasy comic series by Mark Millar and Greg Capullo tells the story of an eighty year-old woman, Bonnie Black, who dies in a Manhattan hospital only to find herself reborn in the prime of life in the afterlife world of Adystria, a magical land of monsters and dragons where good and evil are waging an eternal war. There, she finds old friends and loved ones waiting, except the husband who died before her. Armed with a sword and partnered with her late father, she sets off through the battle-torn landscape on a quest to find out where he is.

Millar is a legend when it comes to comics, and has written some of the most memorable stories from Superman: Red Son to Marvel Civil War. Some of his more independent samples are also the comics for Kick-Ass, Kingsman: The Secret Service, and Wanted.

Remember we sold Millarworld to Netflix? ‘Reborn’ is the latest beauty in the pipeline and we just teamed up with Sandra Bullock and @buddboetticher. Copying my pal and genius artist @GregCapullo! https://t.co/8z4zNqGPEF

What’s worth noting is that McKay has been hired to direct films like Nightwing and Dungeons and Dragons. With him working on Reborn, I guess we have to wait a bit longer before those films actually hit theaters.

No release date has been set for Reborn.