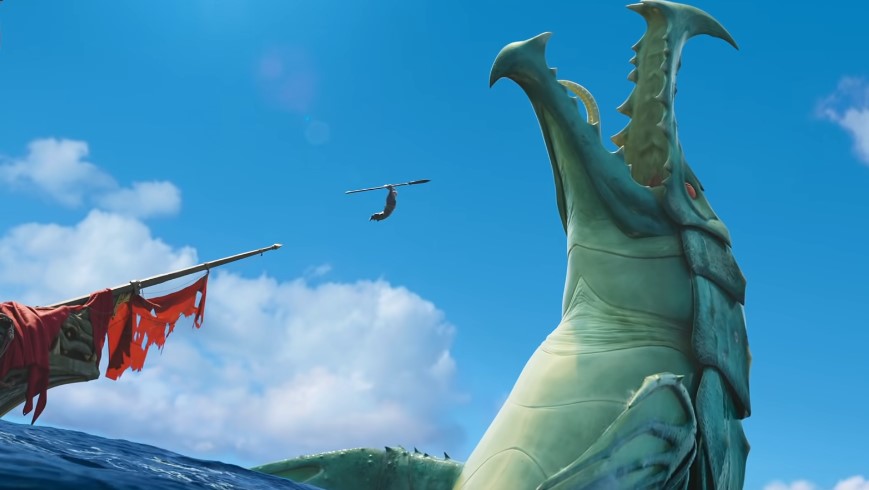 Director Chris Williams has worked on Disney hits like Moana and Big Hero 6, and now he’s teamed up with Netflix for an animated pirate adventure called The Sea Beast.

In an era when terrifying beasts roamed the seas, monster hunters were celebrated heroes – and none were more beloved than the great Jacob Holland. But when young Maisie Brumble stows away on his fabled ship, he’s saddled with an unexpected ally. Together they embark on an epic journey into uncharted waters and make history.

The movie looks like a good bit of fun, and while pirates can be fun as themselves, there is a lot to love when it comes to all the creatures and monsters that appeared in the trailer. We don’t know which sea beast the title is referring to—since we’re seeing a lot—but I’m hoping that there’s more to the movie we haven’t seen yet.

Disney may be dominating the animation market (among other things), but Netflix continues to be an avenue for some really interesting animated films. Besides the Christmas movie Klaus, they also had another attempt at a Disney film with Over the Moon. I’m sure The Sea Beast will be turning head as well.

The Sea Beast comes to Netflix on July 8.