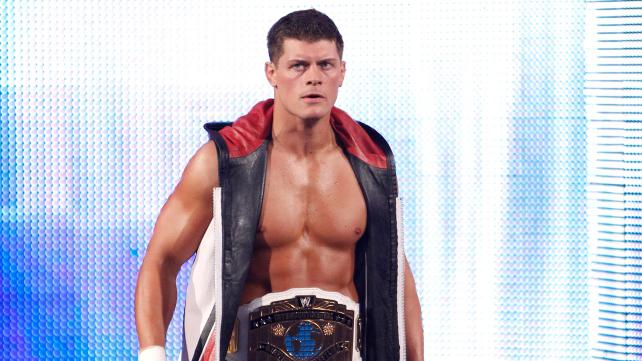 A wealth of new information about Arrow Season 5 was revealed at the Heroes & Villains Fan Fest. One of the first details made public was in regards to former WWE star Cody Rhodes, aka Stardust, being cast in a potential villainous role. All we know of his unspecified character is that he’ll but heads with Oliver, following an introduction in the third episode. Whether or not Rhodes will play a comic character or one created for the show is also in the air. However, the following photo posted on his personal Twitter account does offer a few hints.

“Destroy Queen” all but confirms his role will be that of someone going after Mayor Oliver Queen, not Green Arrow. Perhaps he’s someone left over from Darhk and his wife’s campaign. Maybe he’s an individual still seeking revenge from the Under Taking in Season 1 and its Season 2 fallout. According to the aforementioned details, some of the happenings this year will be a direct reflection of Ollie’s past decisions. A still disgruntled citizen, perhaps one just returning home and learning the truth, would fit the show’s new focus perfectly. This in turn would mean that their vendetta is against the Queen family as a whole, perhaps even the Merlyns.

Which brings us to another fun instance that followed Rhodes posting. It probably doesn’t mean much, if anything at all, but Colin Donnell, aka Tommy Merlyn, replied to the tweet.

I mean with a name like…”Doctor Rhodes”

Pretty sure you’re a legacy 👍🏻

Donnell is still beloved within the Arrow fan base. He often appears at fan conventions, taking the stage from time to time with his former cast mates. Fans would love nothing more than to see him return in some capacity, but again, his response probably means absolutely nothing.