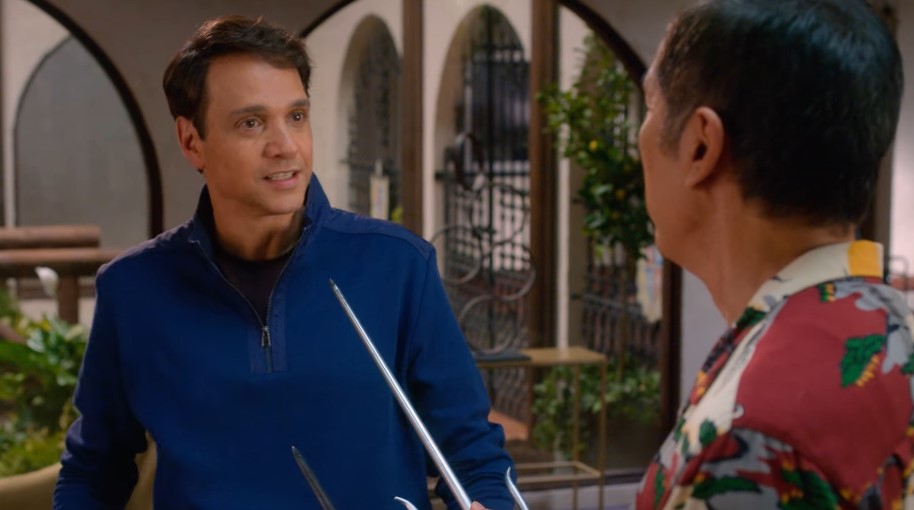 The Karate Kid saga continues on Netflix as the hit show Cobra Kai is set to return with its fifth season later this year. Just in, we got a new trailer for Cobra Kai 5 has been released, and we also get a premiere date.

Following the shocking results of the All Valley Tournament, Terry Silver is expanding the Cobra Kai empire and trying to make his “No Mercy” style of karate the only game in town. With Kreese behind bars and Johnny Lawrence setting karate aside to focus on repairing the damage he’s caused, Daniel LaRusso must call on an old friend for help.

Though the show had started as a fun reversal of the Karate Kid formula with the Cobra’s coming out to be the underdogs, it looks like we’re back where everything was before—with Miyagi-Do having to come up against a growing and well-established Cobra Kai. I guess one main difference is that Johnny Lawrence and Danny LaRusso are now on the same team.

Though Robby had spent most of the show antagonistic towards his father, it looks like the two will now be teaming up to find a missing Miguel Diaz. Hopefully the fate of the valley can still be saved with the power of some righteous karate.

Sequel/Reboots are coming out as the norm with franchises these days, but Cobra Kai has managed to shine as being a show that perfectly walks the balance of fan service and genuine character development. Hopefully it doesn’t overstay it’s welcome though.

Cobra Kai Season 5 comes back to Netflix on Sept. 9.