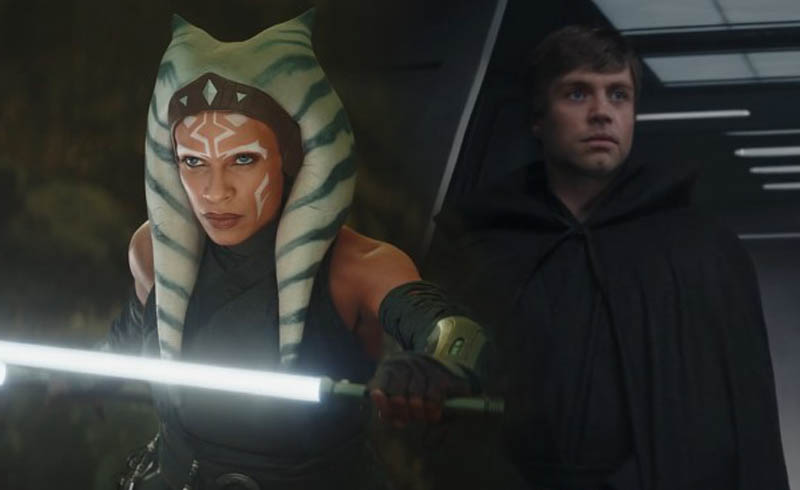 The second season of The Mandalorian had featured a live-action debut of Ahsoka Tano as well as an appearance from a Luke Skywalker in its prime. Since fans have always had fun discussing which is the more powerful Jedi, Mando director Dave Filoni has confirmed which Jedi is more skilled between Ahsoka and Luke

In the second season of Disney Gallery: The Mandalorian, Filoni explains how they brought Luke’s fighting style to the modern medium and how it compared to Ahsoka’s which featured in an earlier episode. Here’s the clip (via @JarJarAbramss):

In The Filoniverse, Ahsoka is stronger than Luke Skywalker pic.twitter.com/1ZfrDpalDJ

“We had a whole discussion about—it would be very easy to make [Luke] so over-the-top skilled, but I was like, ‘You know, what’s interesting is, he’s had training, but I don’t know who’s been teaching him sword-fight training.’ So he had to have a style that was better than what we saw in Jedi, but fundamentally still on the same tree of sword-fighting technique; and his technique and Ahsoka’s technique should be very different. Technically she’s had vastly more training than he ever has. She’s actually his senior which is difficult for people to remember ‘cause of when these characters were created.”

As you can expect, a lot of people got angry with this comment, but canonically, it does make sense. Ahsoka was trained at the height of the Jedi, and Luke had to have an unorthodox method of training granted the situation.

We don’t know if Lucasfilm plans to bring young Luke back sometime in the future, but I’m hoping they go the Han Solo direction and cast someone else in the role. I would love for Sebastian Stan to take the part, but I’m also open for anyone who could make the character their own.

For now, you can catch Luke and Ahsoka in The Mandalorian now on Disney+.