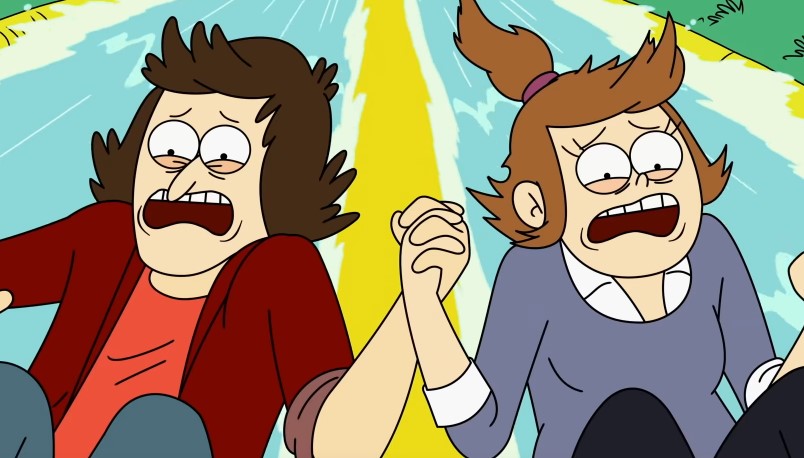 After spending years in limbo, Regular Show creator J.G. Quintel was finally able to release his new show Close Enough on HBO Max. The series was a hit upon release, and a second season had been greenlit. Now we have a new trailer featuring the ongoing challenges of Josh, Emily, and their group of zany friends.

Check the trailer out:

From Emmy® winning creator JG Quintel (“Regular Show”) comes season two of Close Enough, the animated comedy about a married couple, their five-year-old daughter, and their divorced best friends all living together on the east-side of Los Angeles. Season two has Josh, Emily, and the gang continuing to navigate adulthood while contending with haunted couches, bulbous horses, time-traveling whiskeys, and a literal houseguest from hell — all in their very own apartment.

If you’ve watched Regular Show on Cartoon Network, you’ll be familiar with Quintel’s brand of surreal humor matched with 80s nostalgia. With the PG guidelines out the window though, Close Enough now allows for Quintel to go even crazier with his imagination; which was pretty much what we got with the first season.

Close Enough is an interesting growth for Quintel’s material, and is probably the perfect show for adults who grew up watching Regular Show. It takes a very interesting look at aging millenials, and while the humor is fantastic, there is also a lot of heart to see when it comes to Josh, Emily, and their found family.