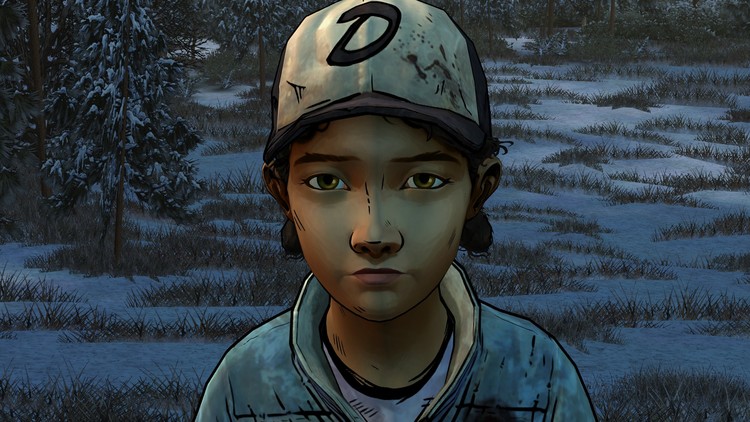 The Walking Dead creator Robert Kirkman has been quoted as saying that the likelihood of a crossover between the show, comics, and the Telltale series wasn’t very high. It seems they all sort of exist within the same realm, but tell unique stories specific to their respective canon. However, in an interview with Kinda Funny, the developer’s Job Stauffer revealed that this precedent could be changed with the advent of The Walking Dead Season 3.

The discussion came about when Greg Miller asked Stauffer about the potential North Eastern setting seen in the game’s first teaser trailer. While Stauffer wasn’t willing to open up about a distinct locale, he did divulge that the area Clem and Javier appear in during the teaser is “closer to Alexandria than you’re thinking. Not closer to Boston.” This is where the bomb drops.

“Given that they’re closer to Alexandria… you can expect to see other characters you might know from the comic or the show, possibly popping up.” Now, of course, this doesn’t mean we’ll see the show’s Carol running around being the beloved badass that she is; if she does appear, it will likely be a slightly different take than what we are familiar with. However, since we don’t have too much to go on, anything is possible.

You can watch the interview in its entirety below. The discussion about the setting and characters begins at around the 14:20 timestamp.

Stauffer also touched on how the team at Telltale and those at Skybound are collaborating on the story as it continues to push forward. In the video, the discussion begins at the 15:30 mark.

“We love working with them. I’d say for the third season, because we’re butting so closely up against where the comics are now, it’s presented an opportunity to work with them even more. Whereas for the first season, Robert and the team were almost 100 issues in when we started with our own story back at the outbreak. But now that we’re sort of right where the comics are, and where the story is, it does require a closer collaboration.”

This is all sounding great and fortunately the game will start rolling out sometime this fall. Which characters from the comics or the show would you like to see appear in the Telltale series? Let us know your thoughts and theories in the comments below.