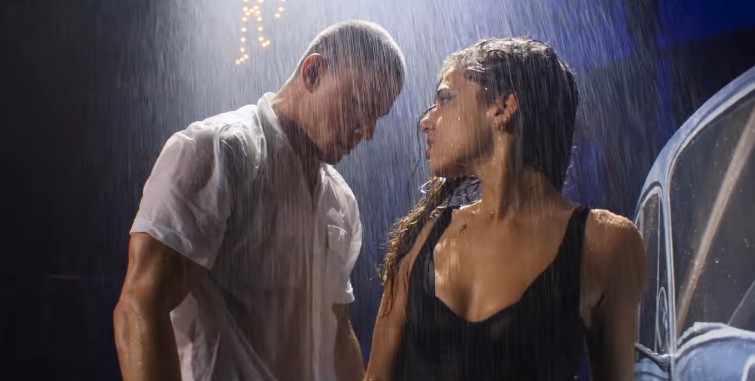 It’s been almost a decade since the release of the last Magic Mike film, and though it looked like the series was over, it seems that Channing Tatum has one more thing to say about his experience as a male stripper.

Here’s the first trailer for Magic Mike’s Last Dance which is set to come out on Valentine’s Day. Watch this:

“Magic” Mike Lane (Channing Tatum) takes to the stage again after a lengthy hiatus, following a business deal that went bust, leaving him broke and taking bartender gigs in Florida. For what he hopes will be one last hurrah, Mike heads to London with a wealthy socialite (Salma Hayek) who lures him with an offer he can’t refuse…and an agenda all her own.

With the way the first movies have been touting the world of male stripping with hyper-sexualized imagery, it kind of seems like this trailer is a lot closer to the Step-Up franchise than Magic Mike. Then again, this is a green band trailer, so maybe we can have a look at the more adult elements somewhere down the line.

The Magic Mike films are kind of weird in that they do have a lot of great stripping scenes, but they also have a tendency to get more serious than advertised, but I guess it’s all part of the brand. With Magic Mike seeming to be down and out, I wonder what kind of journey he has left in Steven Soderbergh’s saga of male stripping.