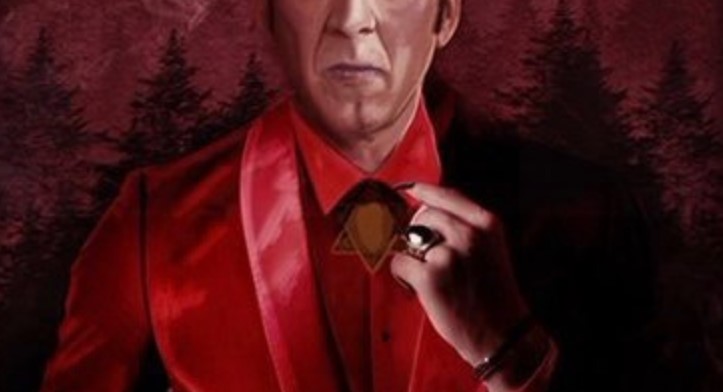 Nicolas Cage has had several iconic roles before, but soon we’ll get to see him as one of cinema’s most iconic horror figures, Count Dracula. Cage is set to play Dracula in the upcoming Renfield movie, and though we’ve yet to get a trailer, we do have our first poster.

For those who don’t know the original lore of Bram Stoker’s Dracula, Renfield is Dracula’s human servant who was thought to have gone crazy, but is actually just being cursed by Dracula to do his bidding. A synopsis for the movie reads:

R.M. Renfield (Nicholas Hoult) decides to leave his centuries-long line of work as a henchman and familiar to Count Dracula (Nicolas Cage) and finds a new lease on life in modern day New Orleans when he falls in love with a feisty but perennially aggressive traffic cop named Rebecca Quincy (Awkwafina).

Talking to Variety’s podcast (via Yahoo!), Cage had actually revealed that Renfield is going to be a comedy. He says, “What makes it super fun is that it’s a comedy… And when you get that tone right — comedy and horror — like ‘American Werewolf in London,’ it’s a blast. It’s got to be a bulls-eye. But that’s what I’m looking for, something new to bring to the character, and also that perfect tone of comedy and horror.”

No doubt, Cage is always a treat to watch onscreen, whether you think he’s good or bad; and I’m excited to see what he has to bring to the screen when it comes to a character like Dracula.