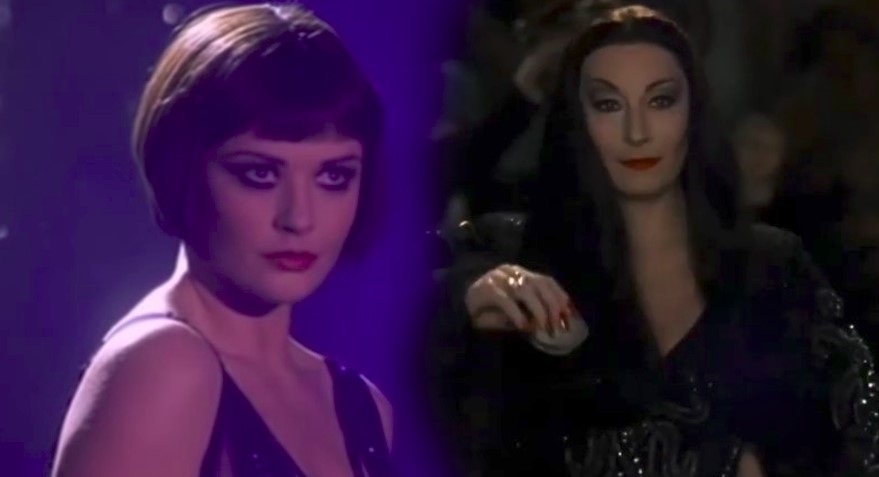 Last February it was announced that Tim Burton would be working on an Addams Family spinoff focused on Wednesday Addams; and only now are we getting some news on casting.

After it was revealed that Luis Guzman would be playing the role of Wednesday’s father Gomez Addams, Variety reports that Catherine Zeta-Jones has landed the role of Addams matriarch Morticia. We don’t have much details on Morticia’s role in the show, but it’s said that Zeta-Jones has guest-star status.

Probably the most popular version of Morticia Addams is played by Anjelica Huston who had played the role in two Addams Family films that came out in the 90s. Before that, the role was played by Carolyn Jones in the 60s version of the show. Charlize Theron also provides her voice for the recent animated reboot of the property.

Since Morticia is best-known for her gothic, sexual presence, someone like Zeta-Jones seems like a solid choice for the part. We don’t know how much she’ll be in the show, but I can’t wait to see how Burton deals with the character. It would also be great to see how Guzman’s Gomez plays beside Zeta-Jones.

Here’s the description of the Wednesday series:

“[Wednesday is] a supernaturally infused mystery charting Wednesday Addams’ years as a student at Nevermore Academy. Wednesday’s attempts to master her emerging psychic ability, thwart a monstrous killing spree that has terrorized the local town, and solve the supernatural mystery that embroiled her parents 25 years ago — all while navigating her new and very tangled relationships at Nevermore.”

The series has been greenlit for 8 episodes, but so far we don’t have any new promo art or casting news. No release date has been set for the Wednesday Addams spinoff series, but you can catch the rest of the Addams Family in the animated sequel which comes out on Oct. 1.