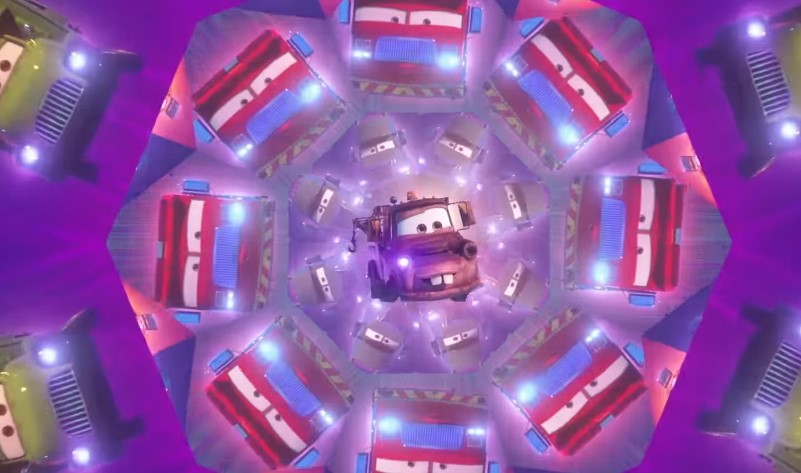 We may not be getting a Cars movie soon, but we do have another spinoff featuring Lightning and Mater in Cars on the Road. The series kind of plays like an anthology with the duo getting into crazy hijinks every episode, and we have a new musical number that has Mater enjoying the life of TRUCKS.

Watch the trailer for Cars on the Road down here:

Admittedly, Pixar hasn’t been so strong when it comes to the musical aspect of their movies, so it’s pretty interesting to watch the studio pull off a musical number with their trippy visuals and signature Pixar style.

The series currently has nine episodes for its first season, but it’s unclear if Disney wants more of this anthology show with Lightning and Mater. Of course, this is a kids’ series which mostly kids enjoy, so if the numbers are good, I’m sure we’re going to see more Cars on the Road. I mean, it’s not like Star Wars or Marvel which has fully-grown adults tuning in and criticizing every entry.

Personally, I’m just hoping that we get a new trilogy of Cars films. Though Cars 3 gets a lot of flak, I thought it was pretty ballsy to have a story with Lightning McQueen passing his torch to a younger underdog racer, Cruz Ramirez. They actually had Cruz show up in this series, so I’m crossing my fingers we could watch her headline her own film somewhere down the line.

Cars on the Road is now streaming on Disney+.