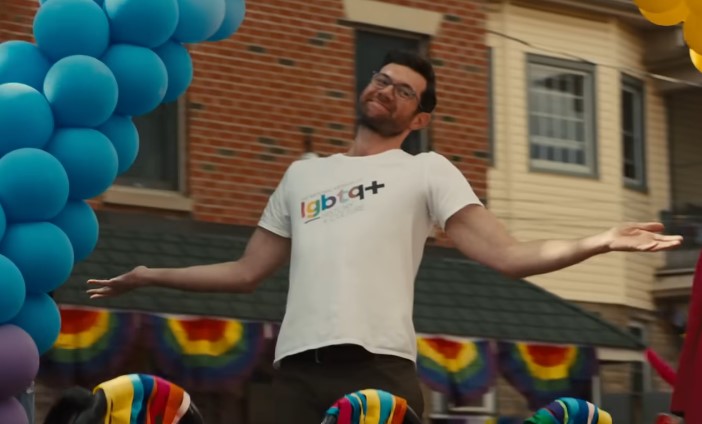 Billy on the Street’s Billy Eichner is making the jump from his reality TV show to the big screen with the upcoming romantic comedy Bros. The film is set to hit theaters in October, and we have a new trailer for the unapologetically gay rom-com.

Watch the trailer for Bros here:

From the ferocious comic mind of Billy Eichner (Billy on the Street, 2019’s The Lion King, Difficult People, Impeachment: American Crime Story) and the hitmaking brilliance of filmmakers Nicholas Stoller (the Neighbors films, Forgetting Sarah Marshall) and Judd Apatow (The King of Staten Island, Trainwreck, The Big Sick), comes Bros, a smart, swoony and heartfelt comedy about how hard it is to find another tolerable human being to go through life with.

Besides the focus on modern gay dating life, the movie looks to be going with a meta approach when it comes to the tropes associated with romantic comedies—only this time, the focus is on a couple of gay men. The humor feels pretty much like 2014’s They Came Together starring Paul Rudd and Amy Schumer, but maybe this time people will actually go and see it in theaters.

I always enjoy Eichner’s sharp comedy wit, and I’m pretty excited to see him actually lead a movie for once. Though I do miss his over-the-top outrage which we don’t see in the trailer, I think marketing is saving it for the actual movie.

Catch Bros when it comes to theaters on Oct. 28.