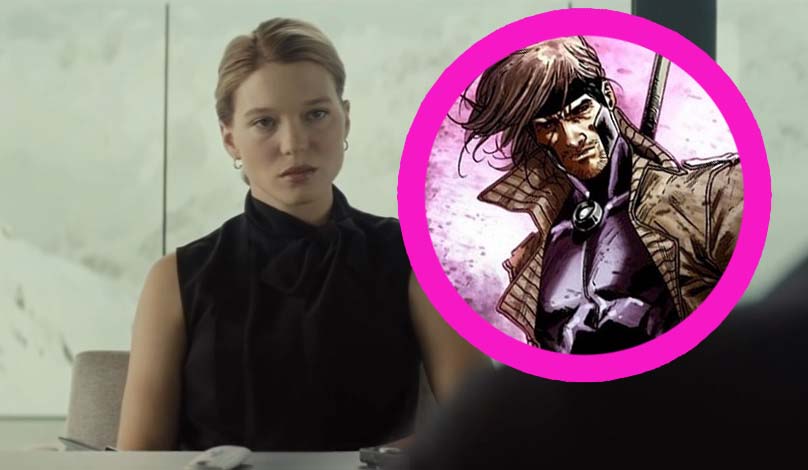 Before Disney acquired 20th Century Studios, there were multiple spinoffs announced including New Mutants, X-Force, and Gambit starring Channing Tatum. While a lot of those projects didn’t end up happening, one star has revealed that she was originally attached to be in Tatum’s Marvel spinoff.

Bond girl Lea Seydoux has admitted that she was originally set to star as Bella Donna Boudreaux in the cancelled Gambit. She told IndieWire, “The script was really good…It had some funny bits in it, but they wanted to make more of a comedy. I feel that in America people have more imagination. I have been offered films very very far from what I’ve done and I’m like, ‘Oh. Interesting.’ I love to feel that I can adapt myself. For me, that’s very exotic.”

We don’t know exactly why Gambit never got off the ground, but Tatum has said that the heads thought that the project was too ‘flamboyant’. Tatum told Variety, “They would call him ‘flamboyant’ in his description… I wouldn’t — he was just the coolest person. He could pull anything off. Most superheroes, their outfits are utilitarian. Batman’s got his belt. Gambit’s like, ‘No, this shit’s just fly, bro! This shit walked down the Paris runway last year.’ He’s just wearing the stuff that’s so dope because he loves fashion.”

With Marvel possibly introducing the X-Men soon, maybe there could be space to introduce a Gambit revival, but with the way the MCU is so formulaic, I’d say the chances are pretty slim. Then again, Tatum is a huge star, and if he was attached to the project, maybe something could happen.

Who knows, maybe Gambit is exactly the kind of spice that the MCU needs right now, after the mid reception of properties like Eternals, Shang-Chi, and Doctor Strange 2.