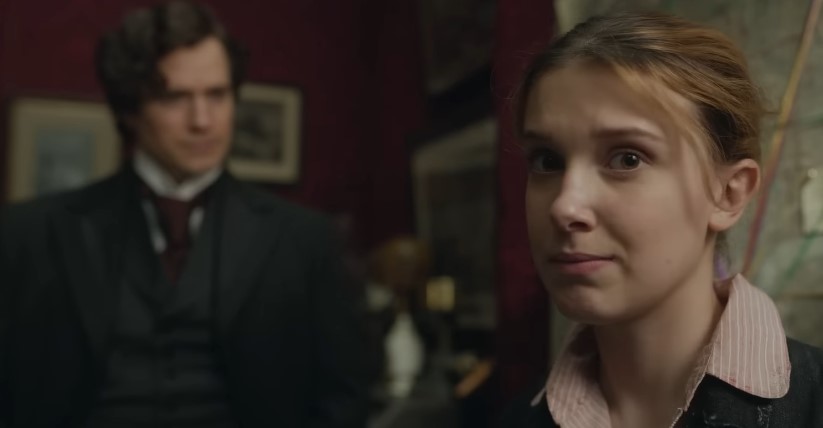 We’ll have to wait until 2024 until we get to see the next season of Stranger Things, but Millie Bobby Brown fans can get more of her this November with the release of Enola Holmes 2.

Just in, we have a new trailer, and it showcases more of Enola’s new case and how it connects to something Sherlock (Henry Cavill) is trying to solve as well. Watch this:

Fresh off the triumph of solving her first case, Enola Holmes (Millie Bobby Brown) follows in the footsteps of her famous brother, Sherlock (Henry Cavill), and opens her own agency — only to find that life as a female detective-for-hire isn’t as easy as it seems. Resigned to accepting the cold realities of adulthood, she is about to close shop when a penniless matchstick girl offers Enola her first official job: to find her missing sister. But this case proves to be far more puzzling than expected, as Enola is thrown into a dangerous new world — from London’s sinister factories and colorful music halls, to the highest echelons of society and 221B Baker Street itself. As the sparks of a deadly conspiracy ignite, Enola must call upon the help of friends — and Sherlock himself — to unravel her mystery. The game, it seems, has found its feet again!

Besides returning cast members like Brown, Cavill, and Helena Bonham Carter, the movie is also introducing us to a new face in the form of David Thewlis (The Sandman). We don’t know who he’ll be yet, but you don’t cast someone like Thewlis and not have him play a significant part in your film.

I guess the preview also teases a possible romance for Enola. This is, after all, a young-adult franchise, so I wouldn’t be surprised if the movie would find her a love interest. Let’s just hope it doesn’t get in the way of her magnificent detective skills.