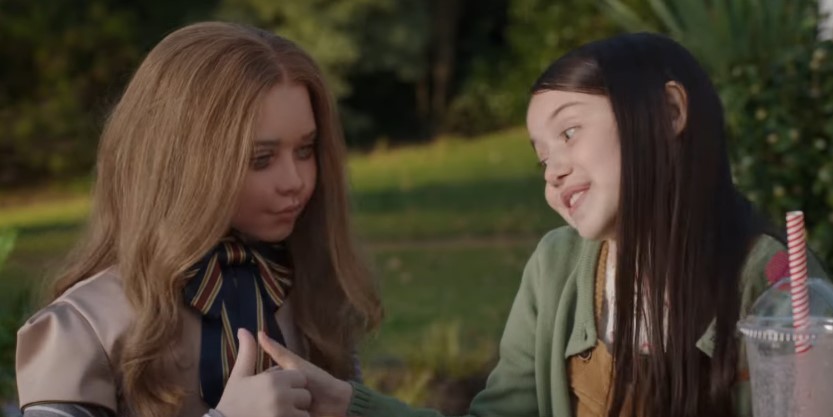 Horror fans weren’t so keen when the Child’s Play reboot turned Chucky into a robot, but James Wan looks to be embracing that angle with this upcoming killer doll movie.

Here’s the first trailer for M3GAN:

M3GAN is a marvel of artificial intelligence, a life-like doll programmed to be a child’s greatest companion and a parent’s greatest ally. Designed by brilliant toy-company roboticist Gemma (Get Out’s Allison Williams), M3GAN can listen and watch and learn as she becomes friend and teacher, playmate and protector, for the child she is bonded to.

When Gemma suddenly becomes the caretaker of her orphaned 8-year-old niece, Cady (Violet McGraw, The Haunting of Hill House), Gemma’s unsure and unprepared to be a parent. Under intense pressure at work, Gemma decides to pair her M3GAN prototype with Cady in an attempt to resolve both problems—a decision that will have unimaginable consequences.

Though we have seen films where kids are in danger because they toy they got wants to kill them, the movie kind of puts a twist to the trope by having the doll be the child’s protector instead; and it’s the adults around the child who have to watch out for the killer robot.

While Westworld has given us some realistic robots, I kind of like the design of M3GAN where she has the body of a realistic child, but her hands and face are all still robotic. No doubt that clip of her dancing is going to be making the rounds online.

Let’s just hope that the film does well, despite being scheduled for a dump month release.