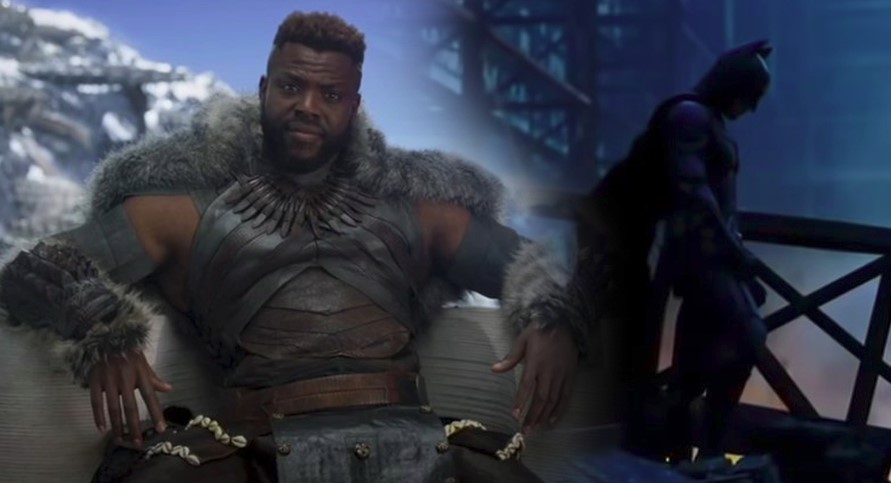 After news came out that Michael B. Jordan will be producing and possibly starring in a Black Superman project, another Black Panther star has been announced to take on a DC hero role.

As per The Hollywood Reporter, Winston Duke (M’Baku from Black Panther), will be providing the voice of Bruce Wayne in a podcast series called Batman Unburied. The series is written by David S. Goyer and is said to be part of a deal between DC and Spotify.

“When audiences meet Bruce Wayne he is a forensic pathologist, working in the bowels of Gotham Hospital and tasked with examining the victims of The Harvester, a gruesome serial killer preying on Gotham’s citizens. Not only will the superhero be forced to face his own mental demons, but he will also have to overcome them in order to save the citizens of Gotham as his alter-ego Batman.”

Besides Duke, the series will also star Jason Isaacs (Star Trek: Discovery, Red Son Superman) as the voice of Alfred. We don’t have any other details on the cast yet, but we should expect voice cameos from every other major player in Gotham from Commissioner Gordon to any one member of Batman’s rogues gallery.

While podcast shows don’t get the mainstream attention, they do make for great content, and I’m interested to see what Goyer has to bring to the table with Unburied. Hopefully they release around the same time as The Batman just to ride on all the hype next year.

As of now, no release date has been set for Batman Unburied, but watch out for it on Spotify.