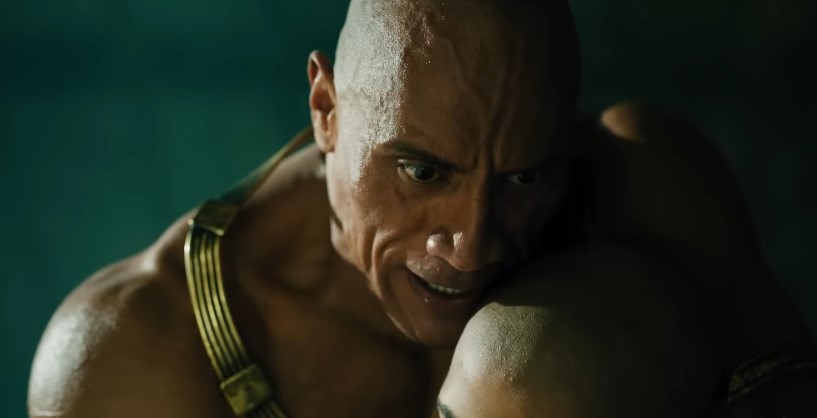 We may have to wait a while before we can see Shazam! Fury of the Gods, but we get to meet Captain Marvel’s greatest rival this October with the release of Black Adam. A new trailer has dropped for the film, and we not only get a look at Adam, but the Justice Society of America as well.

Check the trailer for Black Adam out:

Nearly 5,000 years after he was bestowed with the almighty powers of the Egyptian gods — and imprisoned just as quickly — Black Adam is freed from his earthly tomb, ready to unleash his unique form of justice on the modern world.

If you’ve read the comics, you’ll know that Adam is usually described as a villain, but with Dwayne Johnson being cast in the role, I think they’re going to be set on making him a more noble character; then again, I’m just basing this in Johnson’s track record. I would really love for him to play a role where the audience won’t be sure of they could root for him.

The trailer also gives us a look at the JSA. While we get clips of characters like Hawkman and Atom Smasher, it looks like Doctor Fate will be the one trying to convince Adam to take on a nobler path. There’s also a shot of who some suspect is Kevin Hart as Mister Terrific, but some have said that that’s actually Hawkman before his transformation.

Catch Black Adam when it comes to theaters this Oct. 21.