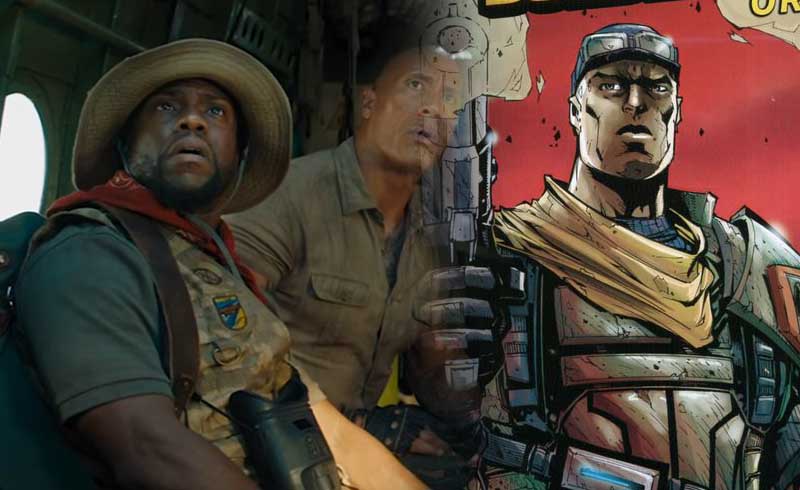 While it will be a while before we get to return to the Wasteland of Mad Max, Lionsgate is set to bring us a similarly colorful world with their adaptation of Borderlands. It’s been confirmed for a while that Cate Blanchett will be in the film, and now we have a new cast member in the form of a comedy superstar.

According to Variety, Kevin Hart (Jumanji: Welcome to the Jungle, Ride Along) has been cast in the role of Roland in Borderlands. Roland is actually a playable character in the first game, and he’s a former soldier of the Crimson Lance before he became a mercenary.

While Hart is known primarily for his comedic roles, director Eli Roth teases that this film will bring out a side of Hart that they’ve yet to see. Roth says, “I’m thrilled to be working with Kevin… ‘Borderlands’ is a different kind of role for him, and we are excited to thrill audiences with a side of Kevin they’ve never seen before. He’s going to be an amazing Roland.”

With Roth having a penchant for gore and violence with his previous films, fans might expect the same thing when it comes to his Borderlands movie. Admittedly, Roth has been branching out to more family-friendly films like The House with a Clock in its Walls, so maybe he could be toning down the violence for this movie.

With Hart playing Roland and Blanchett playing the Siren leader Lilith, it’s going to be interesting to see who else they bring into the cast.

No release date has been announced for the Borderlands movie.