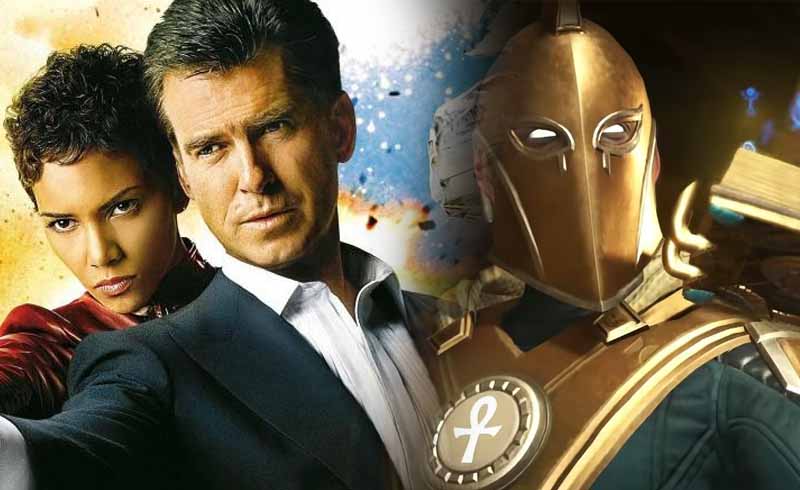 While Black Adam may be focused on the arch-nemesis of DC’s Captain Marvel, the film will be introducing a lot of other heroes including Atom Smasher, Cyclone, and Hawkman. What’s great is, the cast has finally been rounded out with the casting of one of DC’s most powerful characters—Doctor Fate.

According to The Hollywood Reporter, Fate a.k.a. Kent Nelson will be played by none other than former Bond actor Pierce Brosnan. We don’t have any official details on the movie character, but in the comics, Nelson was one of the original founders of the Justice Society of America. He’s also the possessor of the Helmet of Fate which allows the wearer to be possessed by the spirit of cosmic being Nabu; his powers also take the form of Egyptian hieroglyphs.

Essentially, Doctor Fate is considered to be DC’s equivalent to Doctor Strange, but it would be interesting to see how Black Adam will try to differentiate them. In other media, Fate is often depicted as stoic and serious—unlike Strange in the MCU, who is just like all the other heroes that are full of quips and jokes.

WB is kind of in a strange position right now after the release of Zack Snyder’s Justice League on HBO Max. While a lot of fans want to see more of Snyder’s world restored, WB has been adamant that it wants to push forward away from any original plans—leading fans to tweet #RestoreTheSnyderCut more than a million times. We don’t know how this will end up, but hopefully it’s one where fans and the creative behind the film are satisfied.

We have yet to get updates on Black Adam, but last year it was announced that the film would come out this December. With so many changes of plans in the box office, it’s possible we would have to wait until 2022 until the release. Until then, all we have is the release date of Dec. 22 of this year.