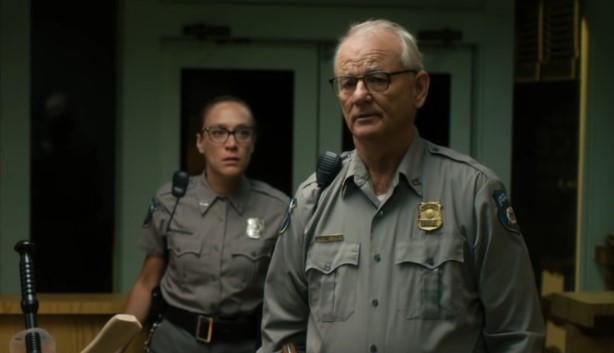 Paul Rudd has recently made a jump over to the Ghostbusters franchise with his appearance in Ghostbusters: Afterlife, and now it looks like one Peter Venkman is now jumping over to Rudd’s corner of the MCU in the new Ant-Man: Quantumania.

Talking to Frankfurter Allgemeine Zeitung (via Cosmic Circus), Bill Murray confirmed he had worked on a Marvel project, saying, “You know, recently I made a Marvel movie. I probably won’t tell you, but never mind. In any case, some people were quite surprised why I decided on such a project. But for me the thing was quite clear: I got to know the director – and really liked him very much.”

While Murray doesn’t outright say the title, he does reveal the director when he continued, “He was funny, humble, everything you want from a director. And with the cheerleader story Bring It On he made a movie years ago, which I think is damn good. So I agreed, although I’m not interested in these huge comic book adaptations as an actor otherwise.”

A little IMDb search, and you’ll find that the person who directed Bring It On is none other than Peyton Reed, who is currently directing Ant-Man and the Wasp: Quantumania. Murray could certainly get in trouble with Marvel for making that reveal, but that’s completely on brand for a character like him.

As for who Murray is playing, some think that he could be Scott Lang’s father. With Ant-Man essentially a sci-fi series, I’m guessing he could be another scientist maybe specializing on the Quantum Realm. If someone should play Lang’s father though, they should get Honey I Shrunk the Kids and Ghostbusters  star Rick Moranis for the role; it would be the perfect case of meta-casting.

Catch Ant-Man and the Wasp: Quantumania when the film comes out July 28, 2023. Ghostbusters: Afterlife is set to come out on Nov. 10.