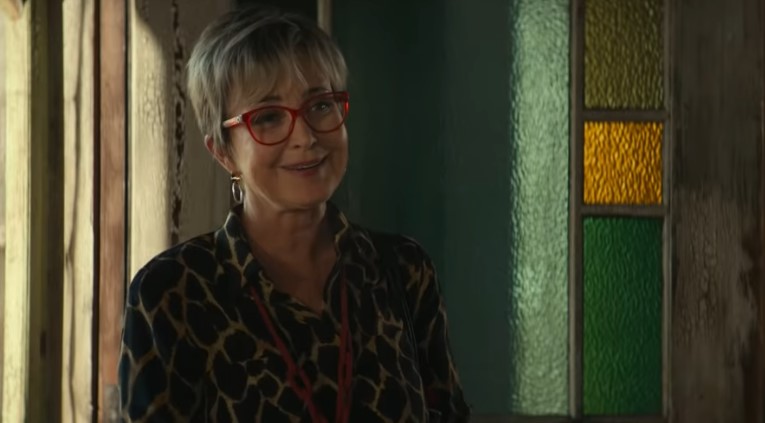 Ghostbusters: Afterlife was originally set to come out last June, but the film had been delayed to November due to the ongoing pandemic, and studios trying to fix their release schedules. With the opening of cinemas on the rise, Sony has seen fit to drop a whole new trailer giving us a better look at the film.

Watch the trailer for Afterlife down here:

Though we’re not expecting a return from every original cast member, we do have the appearance of Annie Potts, who plays the secretary Janine in the original films. With Egon and her teasing a romance in the original films (and consummating them in the animated one), it looks like she is the Spengler matriarch. The end of the preview also teases the return of Dan Aykroyd’s Ray who seems to be the running an occult book shop.

Besides that, we also have a statue that looks a lot like Gozer from the original film, complete with the flat top. We don’t know if she’ll be making a comeback in the film, but we do see Paul Rudd’s character being chased by one of the demon dogs.

After the failed reboot of 2016, it looks like Sony is backtracking on its direction for Ghostbusters and going the sequel/reboot route. With a young cast at the helm, we could be looking at a whole new generation of Ghostbusters. Hopefully this time the story will manage to properly revive the franchise.

When a single mom and her two kids arrive in a small town, they begin to discover their connection to the original Ghostbusters and the secret legacy their grandfather left behind.

Catch Ghostbusters: Afterlife when it comes out this Nov. 11.